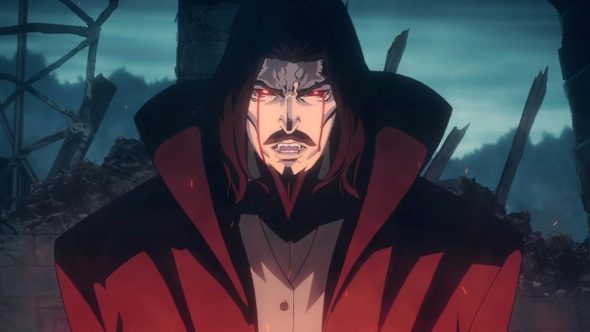 The vampire hunt is far from over. Deadline reports Netflix has renewed Castlevania for a third season.

Based on the video game of the same name, the animated series centers on Trevor Belmont (Richard Armitage), the last surviving member of a disgraced clan who is out to save Eastern Europe from Dracula (Graham McTavish).

Netflix has ordered 10 episodes of Castlevania for season three. A premiere date has not been announced yet.

What do you think? Do you watch Castlevania? Are you excited for the new season?

Damn ¡¡¡ It was going great until episode 4 fot the thirth season.
Why do you have to force your political sh*t over us WokeFlix???
………. Well, at least they are not ruining the classic characters, by changing them to a point nobody will watch the show anymore.