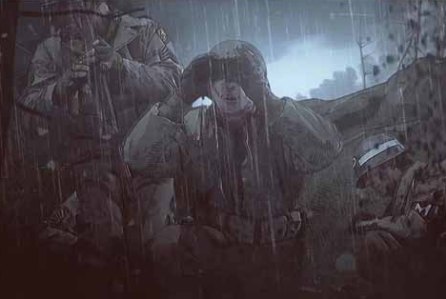 Netflix is taking on World War II. Deadline reports the streaming service has ordered a new TV show based on The Liberator book by Alex Kershaw.

The animated series “tells the riveting true story of the bloodiest and most dramatic march to victory of the Second World War: the battlefield odyssey of maverick U.S. Army officer Felix Sparks and his infantry unit as they fought for over 500 days to liberate Europe.”

Netflix has not yet announced a premiere date for The Liberator.

What do you think? Are you interested in WWII history? Will you watch The Liberator?

Yes I would watch the Liberator.