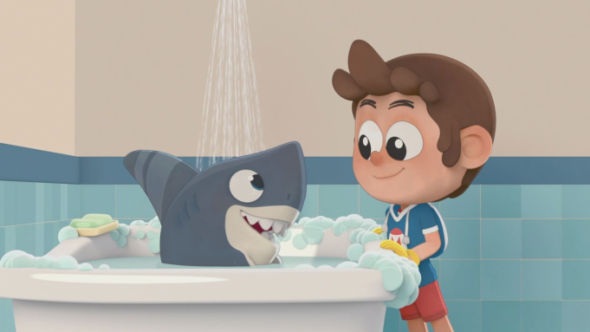 Get ready for Sharkdog! Netflix has ordered the brand new animated series, which will arrive on the streaming service in 2021. The series follows a boy and his very special pet.

The 20 x 7 minute episode animated series is produced by ViacomCBS International Studios, in partnership with Singaporean based CGI animation studio One Animation, and will premiere in 2021.

Logline: The series follows 10 year old Max and his best friend Sharkdog – half shark, half dog, all appetite. Blissfully unaware of his own strength, stealth and general sharkiness, Sharkdog often leaves a trail of chaos in his wake. But, like all good half-dogs, he’s Max’s BFF and Max is his.