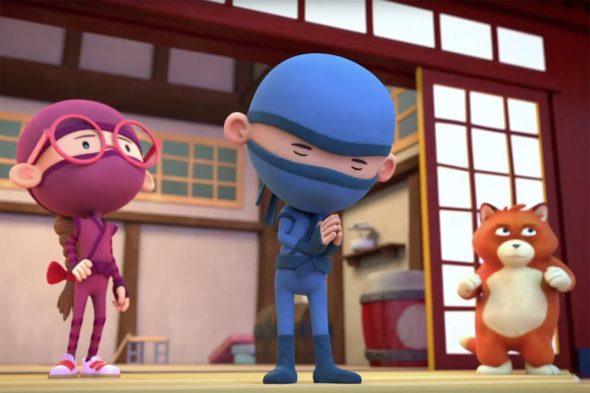 Get ready for a new season of Hello Ninja this fall! Netflix has renewed the animated series, and the new series is likely to land on the streaming service sometime this fall. Season two aired last month, per Deadline. The voice cast of the series includes Lukas Engel, Zoey Siewert, and Sam Vincent.

N.D. Wilson said the following about the series’ renewal by Netflix:

“Hello Ninja began in such a personal way for me—as just one father making up ninja stories for his daughter. It’s incredibly gratifying to have those characters on Netflix, reaching millions of other kids and families around the world with the same joy and adventure that we had when it all began. I’m thrilled that we get to continue our partnership with Netflix and go on even more ninja adventures in a third season!”

Aaron Rench, co-executive producer of the series, spoke about the renewal as well. He said:

“It’s been a fantastic experience collaborating with the teams at Netflix and Atomic Cartoons. They’re tremendously talented and a joy to work with. We’re thrilled to be able to continue our journey with them.”

What do you think? Are you a fan of Hello Ninja? Will you watch season three?