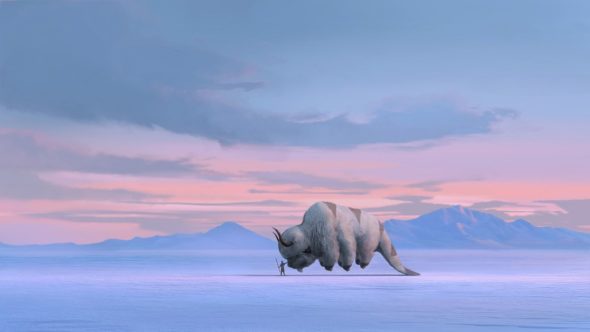 Avatar: The Last Airbender fans are in for a treat. Netflix just announced they’ve ordered a new live-action version of the TV show, Deadline reports.

Based on the animated Nickelodeon series, the fantasy series follows “Aang and his friends, who must save the world by defeating Fire Lord Ozai and ending the destructive war with the Fire Nation.” The original TV show ran on Nick from 2005 to 2008. A sequel series, The Legend of Korra, aired for four seasons before ending in 2014.

Netflix‘s live-action Avatar will be produced by original creators Michael DiMartino and Bryan Konietzko. Production is slated to begin next year.

From DiMartino and Konietzko:

We’re thrilled for the opportunity to helm this live-action adaptation of Avatar: The Last Airbender. We can’t wait to realize Aang’s world as cinematically as we always imagined it to be, and with a culturally appropriate, non-whitewashed cast. It’s a once-in-a-lifetime chance to build upon everyone’s great work on the original animated series and go even deeper into the characters, story, action, and world-building. Netflix is wholly dedicated to manifesting our vision for this retelling, and we’re incredibly grateful to be partnering with them.”

A reimagined, live-action “Avatar: The Last Airbender” series is coming to Netflix!

What do you think? Are you a fan of Avatar: The Last Airbender? Will you watch the Netflix series?

they should have made them do that with the movie that came out years ago. everything seams to Netflix or some other streaming service. supposed couldn’t go to Nickelodeon even though the cartoon are on there, they might put more adult themes or violence that wouldn’t work on that station. maybe could have went to another cable channel.if they had a casted them right in the movie then this series could have been a continuation of some sort. so Netflix will allow them to not whitewash something but they couldn’t have told them to do that for the movie… But… Read more »