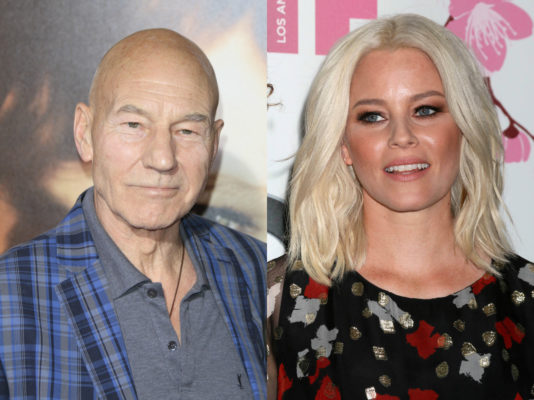 Is Charlie’s Angels double casting? According to The Hollywood Reporter, both Patrick Stewart and Elizabeth Banks will play Bosley in the upcoming movie reboot.

Based on the 1970s TV show, the film will focus on a new team of Angels that includes Kristen Stewart, Naomi Scott, and Ella Balinska. The original series ran on ABC from 1976 to 1981 and starred Farrah Fawcett, Kate Jackson, and Jaclyn Smith.

Not only is Elizabeth Banks directing the new Charlie’s Angels movie, The Hollywood Reporter says she will be also be acting in the feature. Both Banks and Patrick Stewart will be playing Bosley, a role originated by David Doyle.

It’s unclear how the two Bosleys will be worked into the movie, but Sony has announced a premiere date for September 2019.

What do you think? Are you a fan of Charlie’s Angels? Will you watch the new movie?

I am definitely a Charlies Angel watcher. I thought it was a fun show that gave women a big part in the story.

and I heard reviews about ocean 8 script but they’ve been plenty of movies with males that had scripts that could have been written better but if it’s someone non-white or female they’re going to get judged harder even if they do the same thing. plenty of males directors or writers make movies that flopped and they continue to steal do it that is make moves in general but it still may hurt their career but you won’t see us lack of males because of that. let me go…just discuss something with myself like I do often.

In this case she must be the daughter so previous comment might not apply to this but it does to others. I havent seen oceans 8 yet but of course people complained even though they were not replacing males it was just more thieves in that franchise and was not really rebooting or doing it over like ghostbusters.

Spelling errors are in previous comment. That phone just don’t understand me most of the time : )

Canonizing all the Bosleys. Nice.

There is no need to mess with things just to satisfy the desires of a few that think that women should be cast in roles for no reason other than being women.

I’m also getting tired of when they do things like this or whatever they’re doing in this movie that I probably won’t see. I’m all for women being in movies especially in action sci-fi fantasy of those types especially seeing more variety of women but I would rather they have an original character any day over just playing a part that were originally White or just playing apart that will originally Male. all it does just stir up problems for those actors then fix anything. because the actors of the one that get attacked with hateful comments especially if they… Read more »

I rather they not remakes then deal with this crap. Just make something new and you have no problems. Rehash the past and you got garbage.