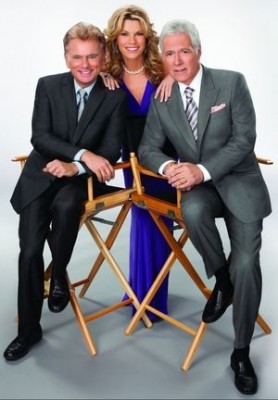 Pat Sajak, Vanna White, and Alex Trebek aren’t leaving TV anytime soon. Deadline reports the contracts for the Wheel of Fortune and Jeopardy! hosts have been renewed through 2022.

Sajak and White have been hosting Wheel of Fortune since 1981 and 1982, respectively. Meanwhile, Trebek has hosted Jeopardy! since 1984.

“Pat, Vanna and Alex are simply the best. Night after night, they seamlessly entertain generations of fans on two of the most beloved television programs on air. We are thrilled that they’ll continue to do so through 2022.”

What do you think? Do you watch Wheel of Fortune and/or Jeopardy!? Are you glad the hosts will remain the same?