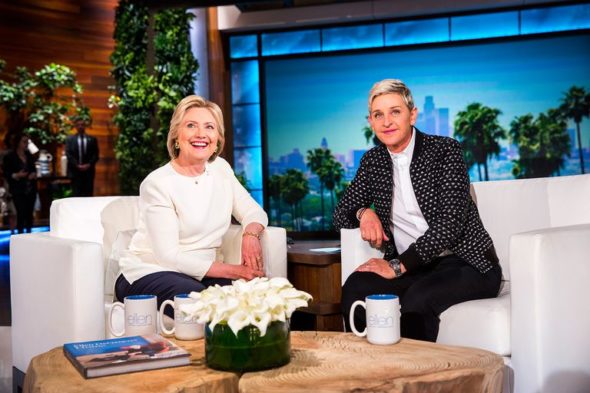 Ellen isn’t leaving anytime soon. According to The Hollywood Reporter, The Ellen DeGeneres Show has been renewed through 2022.

Despite previous reports that DeGeneres was leaving, the host announced Tuesday that The Ellen DeGeneres Show will continue for three more years:

I’m excited to announce that I’ll be doing my show for three more years. Mostly because I love doing it so much every day, but also because that takes me to the end of my car lease.”

Doing this show has been the ride of my life. pic.twitter.com/Mytkjxj4xa

What do you think? Do you watch The Ellen DeGeneres Show? Are you glad it’s staying on?

The original first shows were funny, but now her shows are not good. Sorry, not a fan anymore. Don’t care if this show ever renews again.

I really don’t watch Ellen anymore. She seems to have the same guest on her show week after week.