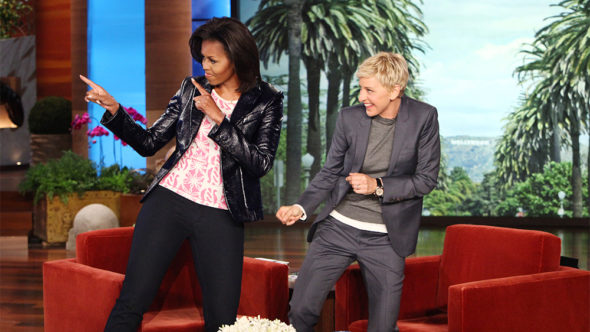 Are the rumors true? During a recent interview with The New York Times, Ellen DeGeneres revealed she considering ending her hit daytime talk show, Ellen, in 2016.

The long-running NBC series launched in 2003 and has since gone on to win 57 Emmy awards and feature prominent guests such as Michelle Obama, Hillary Clinton, David Beckham, Lady Gaga, and Taylor Swift.

In the tell-all interview, DeGeneres revealed she almost chose not to renew her contract for The Ellen DeGeneres Show. Though DeGeneres eventually did decide to continue the show through 2020, she says she’s not sure if the NBC talk show will go on once that contract ends.

Read the excerpt below:

DeGeneres recently took the option to extend her contract — until the summer of 2020 — although she had been close to declining. On the question of leaving, she changes her mind all the time. Her brother has been an advocate for staying on, making the case that in the age of Trump, the country needs her positive, unifying voice on television every day.”

What do you think? Do you watch Ellen? Do you think the series should keep going past 2020?

I think that it would help Ellen if she was guest on Oprah and talk about some of her stresses of working on her talk show. We have heard from the point of view of her employees and guests but we have not heard from her point of view. For example, for guests to be instructed not to look Ellen directly in the eye, reflects either a possible problem Ellen has in communication or her inability to cope with direct eye contact. These are signs of exhaustion in Ellen that have been cloaked in her regulations. I think if she… Read more »