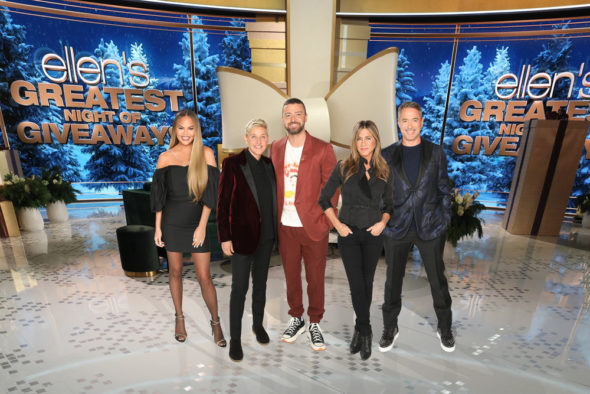 On the show, DeGeneres and some of her celebrity friends deliver holiday cheer and big surprises to unsuspecting recipients in their homes, schools, workplaces and in DeGeneres’ studio audience. Everyday deserving people never see it coming as DeGeneres presents spectacular gifts and incredible prizes, with A-list stars in tow.

What do you think? Do you like the Ellen’s Greatest Night of Giveaways TV show? Do you think it should be cancelled or renewed for another season?

Best show to ever hit tv. Along side Ellen’s regular show. She is so inspiring , loving and giving. She keeps me going through the difficult times I’m having

of course it should be renewed. WHY NOT!!!!! It is actually reality at it’s Best. The world needs more of this. Everyone should take a lesson from her. We need a President that’s more like her. She teaches love and kindness and that has no conditions with it. That is what our young people should be learning!!!!!