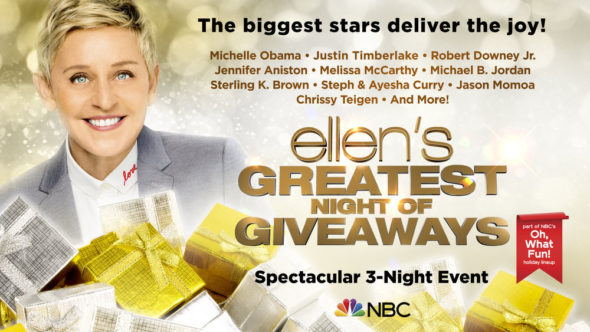 12/13 update: You can see the latest night’s ratings in context.

What do you think? Do you like the Ellen’s Greatest Night of Giveaways TV series on NBC? Should it be cancelled or renewed for a second season?

*1/13/20 update: NBC has renewed Ellen’s Greatest Night of Giveaways for a second season.

Let me guess! Another show where people that don’t need money, get money.