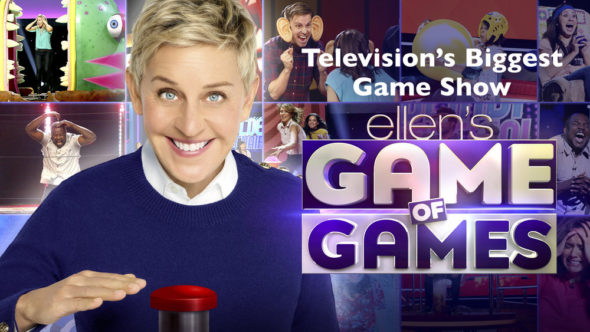 A game show as the title suggests, Ellen’s Game of Games selects competitors right from the audience for a potential four rounds and the chance to win cash prizes. They try their hands at “Blindfolded Musical Chairs,” “Dizzy Dash,” and “Scary Go Round,” as well as other contests. To advance to play “Know or Go,” a player must win in a given round. The one who makes it all the way to the final round ultimately gets the chance to play “Hot Hands,” in which they have to supply correct answers to questions in a set amount of time.

What do you think? Do you like the Ellen’s Game of Games TV series? Should this NBC TV show be renewed for season two?

It was a funny first episode, but I am wondering how they are going to keep it interesting if they don’t continually showcase different games. There’s so many times to watch someone get splatted with toothpaste.