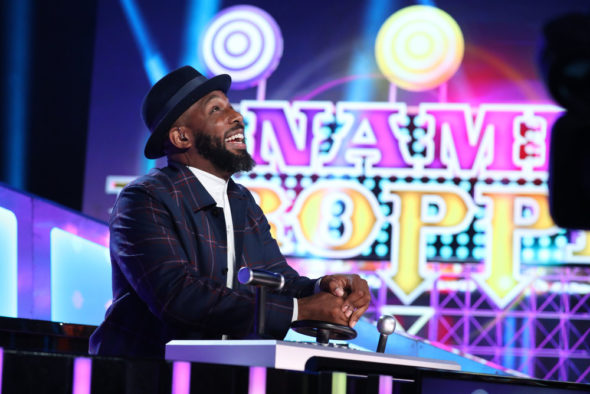 Will the laughs keep coming? Has the Ellen’s Game of Games TV show been cancelled or renewed for a fifth season on NBC? The television vulture is watching all the latest cancellation and renewal news, so this page is the place to track the status of Ellen’s Game of Games, season five. Bookmark it, or subscribe for the latest updates. Remember, the television vulture is watching your shows. Are you?

Airing on the NBC television network, Ellen’s Game of Games is hosted by comedian Ellen DeGeneres and features games from her daytime talk show, The Ellen DeGeneres Show. Audience members compete in humorous challenges for as many as four rounds and the chance to win cash prizes. They try their hands at contests like “Blindfolded Musical Chairs,” “Dizzy Dash,” and “Scary Go Round”. To advance to play “Know or Go,” a player must win in a given round. The one who makes it all the way to the final round ultimately gets the chance to play “Hot Hands,” in which they have to supply correct answers to questions in a set amount of time. Stephen “tWitch” Boss serves as announcer.

Will NBC cancel or renew Ellen’s Game of Games for season five? Despite the controversy surrounding DeGeneres’ talk show in mid-2020, my sense is that this competition series is still popular enough to earn a renewal. I’m guessing the series’ chances of survival aren’t hurt by the fact that DeGeneres’ lucrative daytime series airs on many NBC affiliate stations across the country. I’ll update this page with breaking developments. Subscribe for free alerts on Ellen’s Game of Games cancellation or renewal news.

What do you think? Were you hoping the Ellen’s Game of Games TV show would be renewed for a fifth season? Are you sorry that NBC cancelled this TV series, instead?

It needs to get renewed it’s do much fun watching

I hope this game show returns its one I truly enjoy

Do not cancel Ellen game of games! It’s awesome! We want to see more !

Yes, I really enjoy that program on NBC.

Yes I would like season five of Ellen’s game of games to be renewed. I
In this crazy world it is a show for an hour or two I can relax and laugh. I lost my son to cancer Nov. 13th, 2020 and this show is very relaxing for me. I also watch Ellen daytime. Thank you. Sandy Eckert

NBC can yall please just renew Ellen’s game of games for season 5 if yall ain’t yet please because it’s a good show don’t cancel it so please renew it thank you.