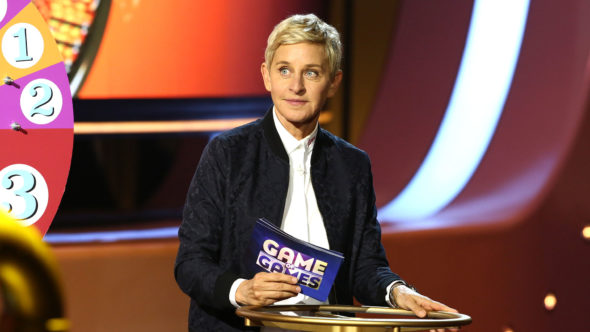 Hosted by Ellen DeGeneres, the game show selects competitors right from the audience for a potential four rounds and the chance to win cash prizes. They try their hands at “Blindfolded Musical Chairs,” “Dizzy Dash,” and “Scary Go Round,” as well as other contests.

It’s no surprise that NBC renewed the series. Season two of Ellen’s Game of Games just debuted a couple of weeks ago and already, ratings are strong. So far, the season is averaging a 1.46 rating in the 18-49 demo and 6.272 million viewers.

We are delighted that America has wholeheartedly embraced this wildly entertaining and unpredictable show. Ellen’s signature humor, coupled with the clever twists she and the producers bring to each hilarious moment, puts ‘Game of Games’ in a league of its own. We can’t wait to get started on season three.”

What do you think? Do you watch Ellen’s Game of Games? Are you glad it’s been renewed?

Really enjoy Ellen’s Games – refreshing to watch what with all the political tension and now the worry of Coronavirus
Thanks!

Hallelujah! Ellen’s Game of Games has been picked up for a 3rd season! We can only hope NBC approves many, many more seasons! 2 thumbs up and 15 stars!!!!!!!