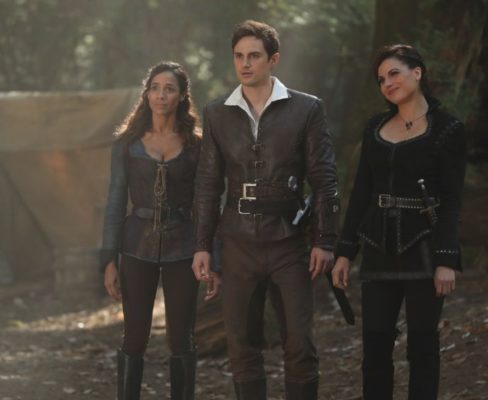 Yesterday, we reported the sad news that ABC is ending Once Upon a Time after seven seasons, Now, the cast has responded to the TV series’ cancellation on social media.

I’m hurting,
‘OUAT’ has been an amazing journey for us all and for our fans worldwide”. “Everyone is so proud & appreciative of the hard work and creative talent that Eddy Kitsis, Adam Horowitz and all of the cast and crew has brought to this show. I will truly miss you all.

What do you think? Are you a fan of Once Upon a Time? Do you think season seven is the right time to end it?

The second cast was awful, the show turned to junk. Good riddance.

Stopped watching when it became a giant commercial for Disney characters. The sisters from Frozen? Really? That was the end for me.

This show was past due for cancellation. It lost its luster a couple seasons back.

Sometimes I hate coming to this site just to read that one of my shows have been canceled (I mean that’s way I come here)
But still this one hurts Once upon a Time was my favorite I’m very sad that this one is on the list, I hope another network saves it, I think with the new cast and characters there is more stories to tell!!!! It seemed ABC wanted this “reboot” to fail that’s why they moved it to Friday nights

I am a huge fan, and I’m very sad this show is ending.

I don’t think it’s time for the show to end. This show has been on for 7 years now and it’s still not ready to die out. I’ve connected to this show because it touches me. Every time I go back and watch the show on Netflix, I notice new things each time. This show is special. And they’ve just opened a new chapter of the book, they should at least go to season 10. Why stop when you’re almost at the finish line

I dont think they shoukd cancel it