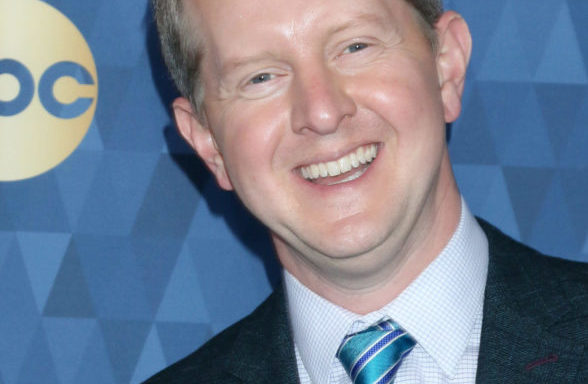 Jeopardy! will continue on. The syndicated game show is returning to production this month with the first of several guest hosts — champion Ken Jennings. Viewers could also see hosts like Anderson Cooper and George Stephanopoulos once his run is complete. A permanent host for the series will be named at a later date.

The announcement of Jennings first popped up on social media.

We will resume production on 11/30 with a series of interim guest hosts from the Jeopardy! family – starting with Ken Jennings. Additional guest hosts to be announced. pic.twitter.com/0MdGqnzp3R

Per Variety, the series will air ten of Alex Trebek’s episodes between December 25 through December 28. The last episode of Jeopardy! he taped on October 29th will air on January 4, and the episodes featuring Jennings will arrive on January 11th.

What do you think? Are you glad Jeopardy! is continuing? Will you watch the episodes featuring Jennings in January?

Absolutely continue, and with Ken Jennings. He is the perfect host to maintain the integrity. Ken respects the game, as did Alex. After all, it’s about the game. The game is the star, not someone trying to be funny. I, and many who have been with Alex for decades, want to see a partner with the game, not someone blowing their own horn about being famous in journalism, TV or movies. We associated Alex with Jeopardy, as we associate Ken Jennings with Jeopardy. Who better to take us into the next decades than the greatest player of all time??

Yes, glad Jeopardy is continuing! Please keep Jennings on permanently! Definitely NOT GEORGE STEPHANOPOULOS or ANDERSON COOPER !!!! They both would diminish the eloquent way in which Alex Trebek hosted the show! They ARE MOST CERTAINLY — NO MATCH – FOR ALEX TREBEK !!!!! KEN JENNINGS is the PERFECT match to Alex Trebek’s refined demeanor and intelligence . PERIOD!!!!!

I can’t wait to learn who will become the show’s regular host. RIP Alex Trebek