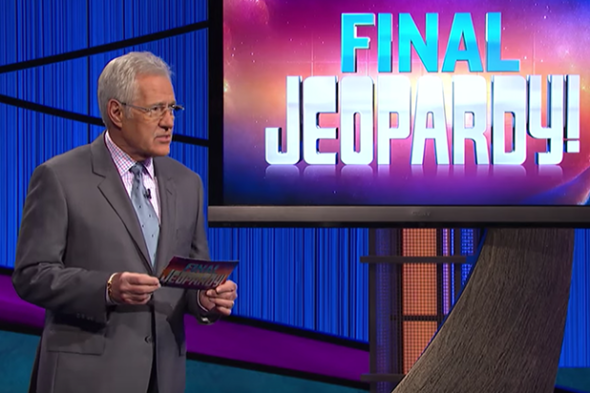 Trebek has hosted the trivia game show since 1984. Previously, the series was presented by Art Fleming on NBC until it went into daily syndicated in the 1980s.

On a recent episode of TMZ’s OBJECTified, Trebek revealed chances are high he’ll retire from Jeopardy after his current contract expires in 2020.

And who will take over? Trebek says he thinks LA Kings hockey announcer Alex Faust and CNN analyst Laura Oates would be good as possible replacements.

Watch a clip from Trebek’s interview below:

What do you think? Are you a big fan of Jeopardy? Who do you think should replace Trebek?

I have no preference for who should succeed Mr.Trebek. Whom ever it will be has very big shoes to fill. It will be a difficult transition. Mr Trebek has a huge following of fans. We will miss him. However, I have loved Jeopardy for as long as it has been on TV. Both versions.

I think they should retire the show in honor of Alex.

It will be hard to accustom to a Trebek-less Jeopardy, but I hope they keep the show alive. Maybe Brian Williams for a replacement.

Note that Jeopardy teaches the viewer things they may never have known before. Yes it is a game show but one of learning.