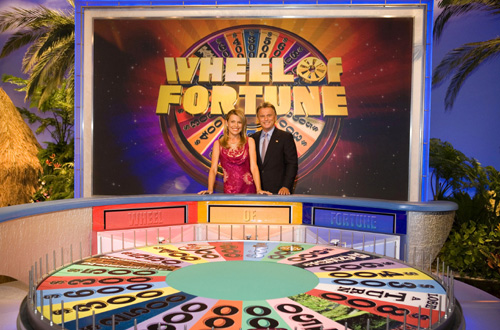 Jeopardy! and Wheel of Fortune ran out of new episodes not that long ago, but fans will soon see new installments back on the air. Both game shows are returning to production in the coming days, per Deadline.

Fans will notice some changes when the shows return. Both game shows had their sets redesigned for production in a post-COVID-19 world.

Deadline revealed the following about the changes:

The wheel has been redesigned to provide proper social distancing between contestants. Over on Jeopardy!, the stage has been slightly redesigned to allow for more space between the three contestant podiums. The contestants will also be at a safe distance from host Alex Trebek at his lectern.

Jeopardy! will resume production this week, and Wheel of Fortune is expected to return to the set next week.

Hosted by Pat Sajak and Vanna White, Wheel is going into its 38th season on the air.  Jeopardy!, led by Trebek, starts its 37th season.  The staples of first-run syndication have each been renewed through the 2022-23 broadcast season.

What do you think? Are you excited to see new episodes of these syndicated game shows?

Have loved it for years and still do. Watch it almost every day.

What happened to Family Feud 2020. I read that the new season was suppose to start September 20.

I dont care if Wheel of Fortune never comesback on….it is so stupid…but…I do like Jeporady….

I just want Alex to be safe since he is immunocompromised. But I am intrigued to see the Wheel redesign. At least Vanna has been socially distanced for 38 seasons now.

As long as we’re making improvements, can we get Pat Sajak to stop taking female contestants’ hands to the bonus round marker? It’s demeaning and belittling.

I respectfully disagree with you!, I think it’s very sweet

I can’t wait to see the first episode of the new Jeopardy and Wheel of Fortune. It will be very interesting to see if both shows will have a live audience in both shows.

Will there still be studio audiences? I hope so! Just sit people further apart.

I can’t wai’t for Jeopardy to start again. It was interesting to see the old shows, but that can’t go on all year.