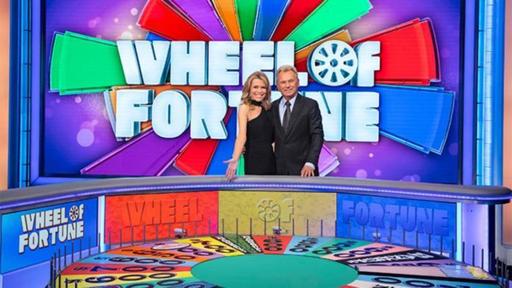 Wheel of Fortune is now headed to primetime. ABC has ordered a Celebrity Wheel of Fortune series, which will premiere in January 2021. Pat Sajak and Vanna White, longtime hosts of the syndicated version of Wheel, are hosting the new series which will feature celebrities spinning the iconic wheel.

ABC revealed the following about the new series:

“Hosted by pop culture legends Pat Sajak and Vanna White, Celebrity Wheel of Fortune welcomes celebrity contestants to come spin the world’s most famous wheel and solve word puzzles for a chance to win up to one million dollars. All of the money won by the celebrity contestants will go to a charity of their choice.”

The celebrities will have a chance to win up to $1 million dollars during their episode. The original series has aired in syndication for 38 years, and it will continue airing through at least the 2022-23 television season.

What do you think? Are you a fan of Wheel of Fortune? Will you watch the new series on ABC?

My whole family loves Wheel of Fortune. It will be great seeing celebrities playing for charity.

I watch the Wheel everyday and love it and Vanna.. I’ll have to wait before I comment on the celebrity show.

Yes I will watch the new show.

I enjoy watching Wheel of Fortune. It’s a game show in which the viewers themselves can easily participate. Celebrity contestants will make it even more enjoyable to watch.