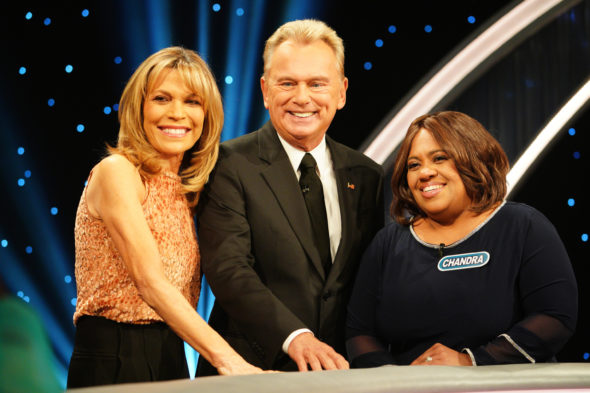 Who will win the big money for their charity? Has the Celebrity Wheel of Fortune TV show been cancelled or renewed for a second season on ABC? The television vulture is watching all the latest cancellation and renewal news, so this page is the place to track the status of Celebrity Wheel of Fortune, season two. Bookmark it, or subscribe for the latest updates. Remember, the television vulture is watching your shows. Are you?

Will ABC cancel or renew Celebrity Wheel of Fortune for season two? I’m thinking that this series is relatively inexpensive to produce and viewers are certainly familiar with the hosts and format. I believe it’s very likely to be renewed. I’ll update this page with breaking developments. Subscribe for free alerts on Celebrity Wheel of Fortune cancellation or renewal news.

What do you think? Do you hope that the Celebrity Wheel of Fortune TV show will be renewed for a second season? How would you feel if ABC cancelled this TV series, instead?

Only watch when I know the celebrities.. Loved the one with Bailey.. nice to see Chrissy too on the 2nd one.

It was fun to see Drew Carey as I am from Cleveland!