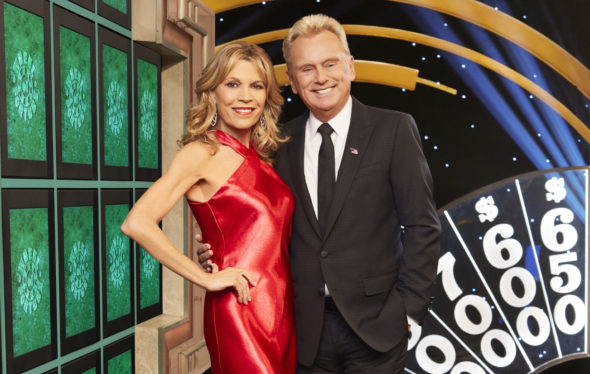 ABC wants to give the wheel another spin. The alphabet network has renewed Celebrity Wheel of Fortune for a second season. It’s not yet known when the new episodes will begin airing.

Airing on Thursday, the first season of Celebrity Wheel of Fortune averages a 0.91 rating in the 18-49 demographic and 6.52 million viewers via the live+same day ratings. The eight episodes aired between January and March of this year.

Check out our ABC status sheet to track the alphabet network’s new series pickups, renewals, and cancellations. You can find lists of cancelled shows here.
What do you think? Have you watched Celebrity Wheel of Fortune on ABC? Are you looking forward to season two of this primetime series?

Yay, glad this show is coming back! Always enjoy watching Pat Sajak and Vanna White’s interaction with the celebrity contestants.