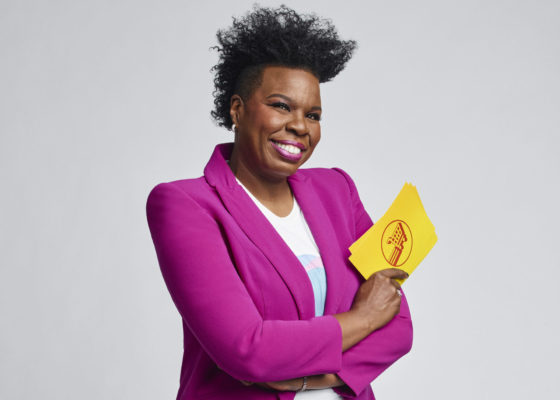 ABC is going back to the grocery store. The alphabet network has renewed Supermarket Sweep for a second season. ABC previously announced its Summer 2021 plans so it’s unclear if this show will return with the network’s slate of other competition series.

A game show revival, the latest version of Supermarket Sweep is hosted by comedienne Leslie Jones. A fast-paced competition series, the show follows three teams of two friends or relations. Back-to-back games follow the teams, clad in iconic colorful sweatshirts, as they compete against one another using their grocery shopping skills and knowledge of food store merchandise. Teams compete against each other for the chance to become the winning duo to play in the “Super Sweep,” a race against the clock to find five products in order to win $100,000.

Airing on Sunday nights, the first season of Supermarket Sweep averaged a 0.70 rating in the 18-49 demographic and 3.19 million viewers in live+same day viewing.

Check out our ABC status sheet to track the alphabet network’s new series pickups, renewals, and cancellations. You can find lists of cancelled shows here.
What do you think? Have you enjoyed the revival of Supermarket Sweep on ABC? Do you plan to watch the second season?

Love the show. Glad they made the changes in the big sweep. I really like Lesley however I don’t like the screaming.

Get rid of L. Jones. She horrible. She’s constantly screaming. Can stand listening to it. Can’t watch it anymore. Change host and I’ll go back to watching it.

I love the game Supermarket Sweep. I was disappointed when I heard that there wont be a season two. Now just tonight, I seen a commercial that the game will be back. My cousin and I were thinking of going on the show sometime.

Thank you for bringing it back on

Yes most definitely plan on watching it. I hope they give us more episodes. I loved that show in the 90’s.and I love this new one with Leslie Jones. This is definite repeat, must have, redo game show.

Watched the old show faithfully! The new show with Leslie is fantastic! She’s crazy funny, rooting for the contestants. I’m happy it’s coming back for a second season. Hope we get more than 10 episodes though.

I did not enjoy the host. Too loud and too obnoxious. I quite watching after the first few shows because of her. Enjoyed original show from years ago.

love Leslie Jones she is an amazing host! Can’t wait to see more.

Leslie Jones is loud, obnoxious, and annoying. I could only make it through 10 minutes of the first episode. I will not be tuning back in.

Happy it’s back! Leslie is great but I wish she was a little less hyper.

Love it with Leslie Jones….perfect hostess!!!

Yes I have been waiting to see if Supermarket Sweep was going to return. I love Leslie Jones hosting the show. Love what she brings to the show.