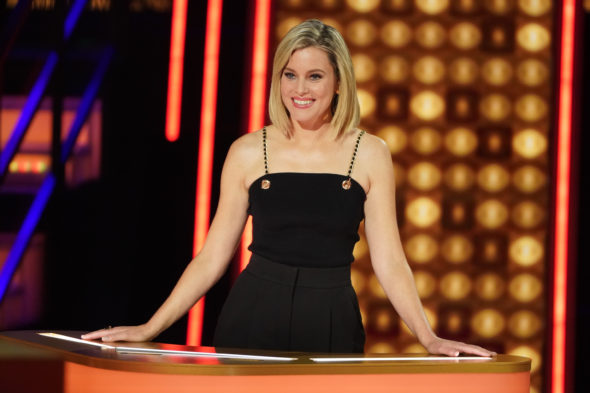 It looks like this ABC game show has escaped the dreaded cancellation “whammy”.  Press Your Luck has been renewed for a third season on the alphabet network which will debut on June 9th.  The renewal was confirmed to us by an ABC rep.

Press Your Luck is a primetime revival of the 1980s daytime game show. Hosted by Elizabeth Banks, this series features three contestants squaring off to answer questions, while trying to avoid getting wiped out by the “WHAMMY,” in a quest to win cash and prizes. Airing in two groups across the 2019-20 and 2020-2021 seasons, the second season of Press Your Luck averaged a 0.60 rating in the 18-49 demographic and 3.58 million viewers. Compared to season one, that’s down by 20% in the demo and down by 8% in viewership.

What do you think? Have you watched the Press Your Luck TV series? Will you be watching season three of this ABC revival in June?

I love “Press Your Luck”! But I went to watch it tonight at 7pm Sept. 21 and it’s not on. What a disappointment! I hope it stays on. If there’s a problem maybe it’s with the host.