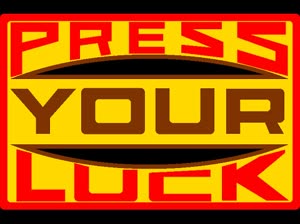 Do you remember Press Your Luck? According to BuzzerBlog, ABC is reviving the ’80s TV show.

The original game show featured contestants answering trivia questions and collecting spins to win cash and prizes. The series initially ran on CBS between 1983 and 1986. It spawned a reboot in 2002 called Whammy!.

Although ABC has not confirmed a Press Your Luck revival, the show has released a casting notice that you can find here.

What do you think? Did you ever watch the original Press Your Luck game show? Will you check out the revival?

I like press your luck better then any other game show. In fact I DVR it if I’m not going to be home. I really like her as a host too.

I remembered back when I was 19, I watched this game show “Press Your Luck.” The part of this game show I do remember was the whammy, this is when a contestant land on it, he or she loses the money and the prize. I do glad it is back on TV. The sound effect I do remember that when the whammy appears, was a foghorn sound effect, and an animated cartoon of the whammy will show up afterward.

Game shows have always been my favorite show to watch on TV. Press your Luck is among one of my favorites. I would give anything to be a contestant on that game show.

I looooved Press Your Luck and have even started watching the re-runs. I’m eagerly awaiting the reboot!

I loved the show. They have reruns now. I watch that and will watch the reboot one.

I would watch a reboot of the show

I saw the original show as reruns on USA, GSN, and BUZZR. And yes, I will watch the reboot if it happens!