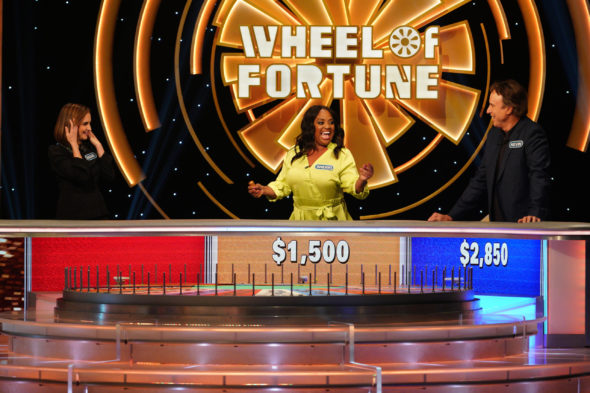 Celebrity Wheel of Fortune is ready for its second season on ABC, and the network has now announced the star contestants who will compete for select charities. Anthony Anderson, Laverne Cox, Tori Spelling, Jason Alexander, and Tituss Burgess are just some of the celebrities set to appear.

ABC revealed more about the return of the series in a press release.

“Celebrity Wheel of Fortune returns with its star-studded spin on America’s Game(R) when season two premieres on its new night, SUNDAY, SEPT. 26 (8:00-9:00 p.m. EDT), on ABC. Hosted by pop-culture legends Pat Sajak and Vanna White, Celebrity Wheel of Fortune welcomes celebrity contestants to spin the world’s most famous Wheel and solve word puzzles for a chance to win up to $1 million. All of the money won by the celebrity contestants will go to a charity of their choice. Episodes can also be viewed the next day on demand and on Hulu.

What do you think? Are you excited about the return of Celebrity of Wheel of Fortune on ABC? Do you plan to watch season two?

I don’t consider these characters to be celebrities. C listers at best maybe Anthony Anderson until he sold out to every show and commercial. Lame list. I’d heard it was good. Come on, Johnny Weir? Who cares?