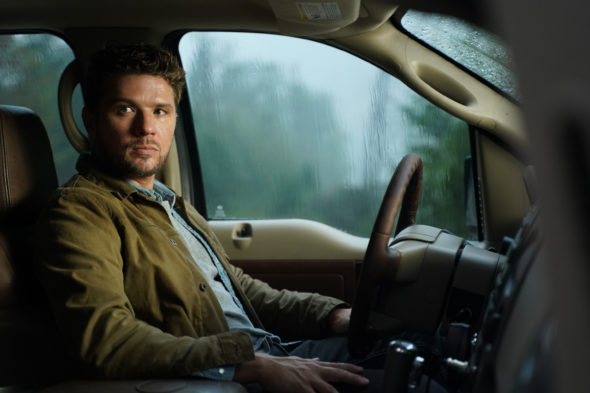 Can this series solve ABC’s Tuesdays at 10:00 PM problem? Has the Big Sky TV show been cancelled or renewed for a second season? The television vulture is watching all the latest cancellation and renewal news, so this page is the place to track the status of Big Sky, season two. Bookmark it, or subscribe for the latest updates. Remember, the television vulture is watching your shows. Are you?

Airing on the ABC television network, the Big Sky TV series stars Katheryn Winnick, Kylie Bunbury, Brian Geraghty, Dedee Pfeiffer, Natalie Alyn Lind, Jade Pettyjohn, Jesse James Keitel, Valerie Mahaffey, John Carroll Lynch, and Ryan Phillippe. The story begins with Danielle Sullivan (Lind) and her sister Grace (Pettyjohn) on a road trip to visit Danielle’s boyfriend. The two are kidnapped by a truck driver on a remote part of a Montana highway. This sets off a chain of events that leads private detectives Cody Hoyt (Phillippe) and Cassie Dewell (Bunbury) to join forces with Jenny Hoyt (Winnick), Cody’s estranged wife and an ex-cop, to search for the sisters. When the trio discover that these are not the only girls who have disappeared in the area, it becomes clear that they’ve stumbled onto something that’s much bigger than they could have imagined.

The first season of Big Sky averaged a 0.54 rating in the 18-49 demographic and 3.51 million viewers. Find out how Big Sky stacks up against other ABC TV shows.

Will ABC cancel or renew Big Sky for season two? The Tuesdays at 10:00 PM timeslot has been a problem for the network for years. Could this new drama series be the solution? For now, we’ll have to wait and see. I’ll update this page with breaking developments. Subscribe for free alerts on Big Sky cancellation or renewal news.

What do you think? Are you glad that the Big Sky TV show has been renewed for a second season? How would you feel if ABC had cancelled this TV series, instead?

I love this show! Please do not cancel!!

What’s the problem with ABC with holding BIG SKY up??
I’m NOT HAPPY

I REALLY ENJOY THE SHOW. IT IS REFRESHING TO SEE TWO WOMEN DETECTIVES
IN LEADS ON THE SHOW

I AM THRILLED THAT BIG SKY HAS BEEN RENEWED. I WOULD HAVE BEEN VERY DISAPPOINTED IF THEY LEFT US HANGING. GOTTA GET RONALD!!!!

I binged watch the entire 1st season. It was so good. I love a good script.

So ABC is keeping Big Sky but canceled Rebel. I like Big Sky and will continue watching it until they decide to cancel it too. Honestly, you can’t trust ABC if you get hooked on any shows they air.

Big Sky is the only show I can’t miss.

Best show on TV this season.

I hope the big sky returns. Really love the cast. And story.

Please do NOT cancel Big Sky.