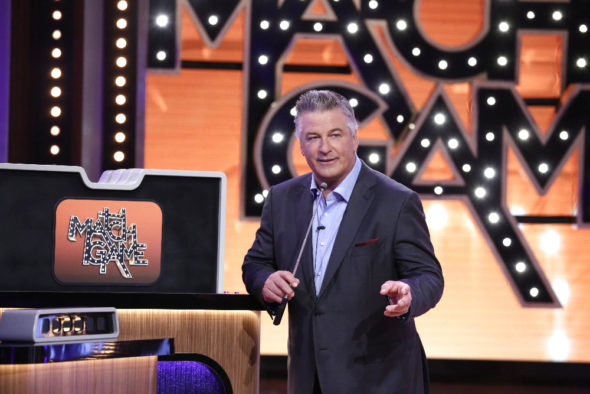 Hosted by Alec Baldwin, Match Game features contestants trying to match the answers to “fill in the blank” questions with as many celebrities as they can for a grand prize of $25,000. Season three is set to debut on ABC on January 3rd at 10 p.m. ET/PT.

Meanwhile, ABC’s new series Child Support “will feature adult contestants and priceless interactions between funnyman Ricky Gervais and a group of five kids who say the most unpredictable things.” Fred Savage serves as host. The series premieres on January 5th at 8 p.m. ET/PT.

The series premiere of “Child Support,” a one-hour studio-based series from Golden Globe(R)- and Emmy(R) Award-winning Ricky Gervais and Banijay Studios North America, will make its debut on FRIDAY, JAN. 5 at 8:00 p.m. EST. Produced by Banijay Studios North America, the primetime series will feature adult contestants and priceless interactions between funnyman Ricky Gervais and a group of five kids who say the most unpredictable things. Hosted by Fred Savage, contestants are asked to answer 10 questions correctly to earn the top prize. If they answer incorrectly, the contestants have a chance to be saved by the five kids who have been asked the same question by Gervais. Ricky Gervais, David Goldberg, Caroline Baumgard and Jeff Krask are executive producers.

“Match Game,” produced by FremantleMedia North America (FMNA), returns to primetime on WEDNESDAY, JAN. 3 at 10:00 p.m. EST for Season 3 and will once again be hosted by Golden Globe- and Emmy Award-winning actor Alec Baldwin. “Match Game” is a panel game show that features two contestants as they attempt to match the answers of six celebrities in a game of fill-in-the-missing-blank. Baldwin received an Emmy nomination for Outstanding Host in 2017. Executive producers include Alec Baldwin, FMNA’s Jennifer Mullin, Scott St. John and Mallory Schwartz.

“We are excited to grow our game show slate with the comedic charm that Ricky Gervais and Fred Savage bring to ‘Child Support,'” said Robert Mills, senior vice president, Alternative Series, Specials & Late Night. “When you add Alec Baldwin’s quick wit as host of ‘Match Game,’ you are sure to start your year with a lot of laughs.”

What do you think? Are you a fan of Match Game? Will you also watch Child Support?

I take offense to the name of the show “child support”. A lot of people struggle to pay child support. And you want to name a game after it. Child support isn’t a game to a lot of people. Some people get put in jail because of it because of the unfairness of the courts. Its very disturbing you would consider naming a game that. #boycottname.