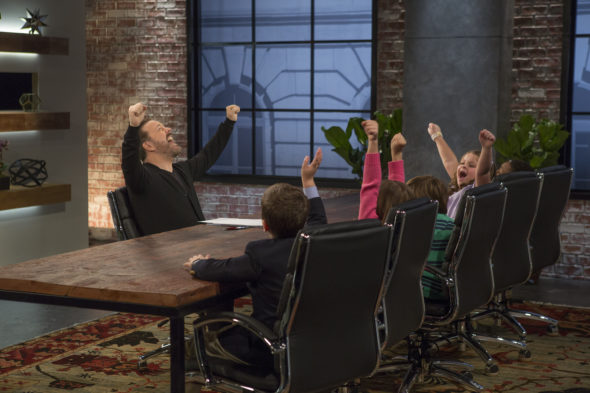 Does the first season of the Child Support TV show on ABC tickle your inner child? As we all know, the Nielsen ratings typically play a big role in determining whether a TV show like Child Support is cancelled or renewed for season two. Unfortunately, most of us do not live in Nielsen households. Because many viewers feel frustration when their viewing habits and opinions aren’t considered, we’d like to offer you the chance to rate all of the Child Support season one episodes here.

An ABC game show hosted by Fred Savage, Child Support comes from creator Ricky Gervais. To play, adult contestants must answer ten questions correctly, in order to win the top prize of $200,000. When the grownups give the wrong answer, that’s when five cute and funny kids ride to the rescue. Gervais has asked the children the same thing. If they are able to supply the correct response, their support saves the adults.

What do you think? Which season one episodes of the Child Support TV series do you rate as wonderful, terrible, or somewhere between? Should ABC cancel or renew Child Support for a second season? Don’t forget to vote, and share your thoughts, below.

my 8 ear old grandson could not wait for friday nights.he loved child support and i couldnt believe he answered a lot of those questions.. bring it back it is something good for the kids

I think Last Man Standing should be back Friday night.