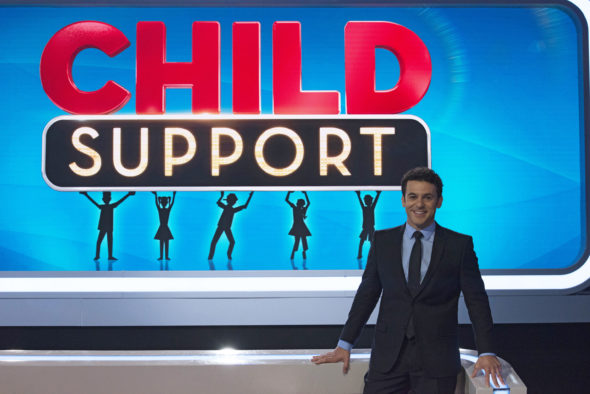 When the grownups give the wrong answer, that’s when five cute and funny kids ride to the rescue. Gervais has asked the children the same thing. When they are able to supply the correct response, their support saves the adult.

Series Finale:
Episode #16
Tammy of Anaheim, California, and Trisha of Edgewood, New Mexico, each try to answer 10 questions correctly in order to win the ultimate prize of $200,000.
First aired: December 14, 2018.

What do you think? Do you like the Child Support TV series? Should this TV show have been cancelled or renewed for a third season on ABC?

Brin back the game show Child Support. It was so funny!

Should have been renewed! Great Show!

I just heard of it! It sounds great. They don’t advertise enough, or tell us when or where to see the shows and yhen drop them like a hot potato way too fast

I love this program. I hope that you continue to have it on for a long time to come. One of the best game shows ever. I am so very happy when I found out it was not cancelled.

I absolutely loved this show – please bring it back!

Love this show – please bring back.

Love the show. Maybe add more personal background as it goes on (like American Idol gives background story/interview on some contestants – gets fans emotionally attached to contestants). Can do this for contestants and/or kids.

Please bring Child Support back. We love the show!!