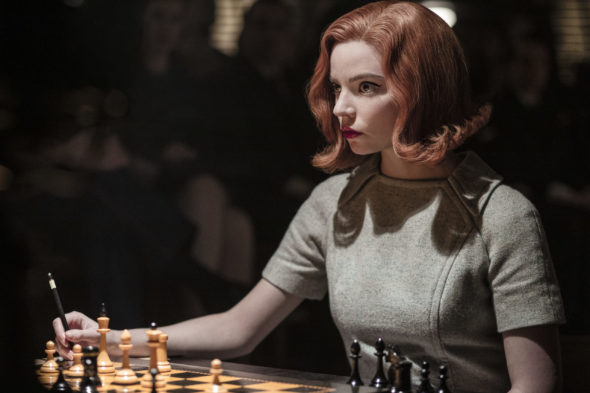 The Queen’s Gambit hit big on Netflix. The streaming service does not typically release viewer totals but they made an exception for this limited drama. It was revealed that 62 million people tuned in to watch the limited series in the first month of its release.

♕ The novel has entered The New York Times bestseller list, 37 years after its release

The Queen’s Gambit tells the story of the orphan chess prodigy. Anya-Taylor Joy plays Beth Harmon in the series, which is based on the novel by Water Tevis. The drama premiered on Netflix on October 28.

What do you think? Did you watch The Queen’s Gambit on Netflix? Are you surprised that so many tuned in?

Is really good too many shows to watch this month can’t keep track anymore only limited series going to be cancelled awful shame.