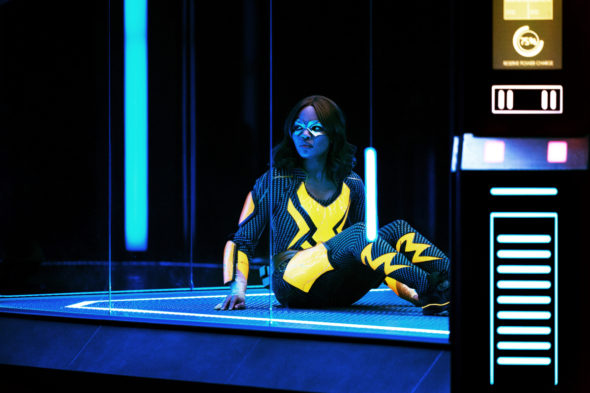 Black Lightning is getting ready for its fourth and final season we now know that one of the stars of The CW series will depart before it ends. China Anne McClain, who plays Jefferson Pierce’s daughter on the series, will be seen in fewer episodes. Cress Williams, Christine Adams, Nafessa Williams, James Remar, Marvin Jones III, and Damon Gupton also star in the series.

Once the news about the show’s cancellation hit, McClain decided to go ahead and let her fans know that she was leaving via a 12-minute long video on Instagram. Per SyFy Wire, she said the following:

“What I did know and have known along with the rest of the cast since before we even started shooting this season is that I am leaving the show and was leaving the show. This was going to be my last season, regardless of if it went on or not. For different reasons, that, to be honest, I don’t want to go into. I just want y’all to trust me on it.”

“I’m not leaving because I had a terrible time working at The CW. I like The CW. I like [CW network president] Mark Pedowitz, I like [Warner Bros. president] Peter Roth, [EP] Greg Berlanti, I love [showrunner] Salim [Akil], I always will. He gets it. And people that actually know me… they know why I make the decisions that I make.”

Check out the full video below.

Season four of Black Lightning will return on February 8th.

What do you think? Are you surprised McClain is leaving Black Lightning? Do you plan to watch the final season?

I’m not really surprised because I knew sooner or later that someone was going to leave the show, it is also her decision to leave the show and people should respect other people decisions, I’m also moved by her video It made me teared up! I wish her well and may she succeed in whatever comes next for her!

These wonderful shows are leaving. First Supergirl and new Black Lighting. Had fun watching these . God bless all the actors 0and the crew for them.

I believe actor and actress were done playing role for Black lightning to honest with you never into it loved The Flash and Arrow are the best out of franchise series heard making spin-off Black lightning something else I guess.

Really liked Black Lightning… Why is it shows I like don”t stick around very long??? It’s so disheartening!!!

It reminds me of when they cancelled MANTIS.