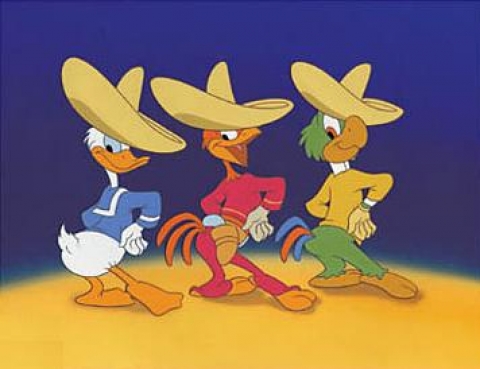 While Disney has not officially announced the animated series, they have released it on Disneylife in the Philippines. The show is based on the 1944 Disney movie The Three Caballeros, which centered on the adventures of Donald Duck, José Carioca, and Panchito Pistoles.

It’s unclear if Disney has any plans to release Legend of The Three Caballeros anywhere outside of Asia. On Twitter, Disneylife UK & Ireland confirmed the there are “no plans” to release the new series in Great Britain anytime soon:

Hi Olly, thanks for your message. Really sorry but there are no plans to release The Legend of the Three Caballeros. In the meantime, please feel free to view the Recently Added section on the app for new content. Enjoy the rest of your day!

What do you think? Are you a fan of the movie The Three Caballeros? Would you watch the new TV show?