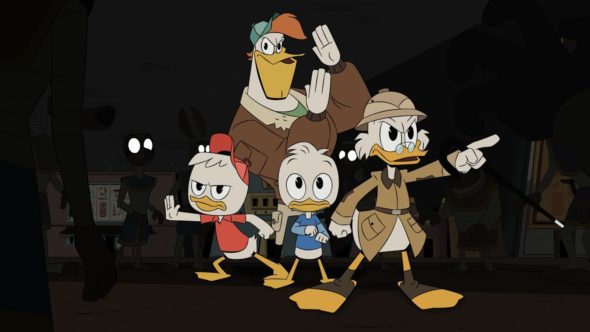 Based on the ’80s cartoon, the animated series follows the adventures of Scrooge McDuck and his grandnephews—Huey, Dewey, and Louie. The voice cast includes David Tennant, Danny Pudi, Ben Schwartz, Bobby Moynihan, and Beck Bennett.

Check out the season three announcement and more below:

News of the season three pick-up was revealed today in a video featuring Pudi, Schwartz and Moynihan recording together for the first time.

What do you think? Have you seen the new DuckTales? Are you glad it’s been renewed?

Final season what shame love original series better than remake not same style 1980’s so good years ago néed to die over this show stupid idea.