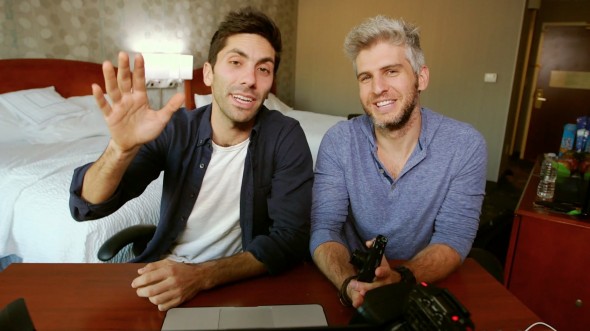 Catfish will continue. Deadline reports production has resumed on the MTV series after sexual misconduct allegations were made against host Nev Schulman.

Following an investigation, MTV has found the claims against Schulman to be “not credible and without merit.” Catfish will continue production on its upcoming season. You can read MTV’s statement on the situation below:

Although we never received a formal complaint, MTV and Critical Content immediately engaged an independent third party investigator. The independent investigator found the allegations made in the YouTube videos to be not credible and without merit.

Given the results of the investigation, Catfish will resume filming. We take these matters very seriously and are committed to providing a safe working environment.”

What do you think? Do you watch Catfish? Will you watch the upcoming season?

My daughter just told me about the allegations brought against Nev. I am always behind in the information highway, lol, as I work nights and attempt to avoid negativity in the world. I was sad to here that some hater was potentially able to end a successful series and affect a whole group of people’s income. I looked it up online and found that the series is resuming production. I find it sickening that jealousy, hate and mental illness is the motivation to so many false allegations that potentially end careers. I just want to say that I’m glad the… Read more »

I miss Catfish! Can’t wait for it to come back!

After dealing with all the craziness on AOL back in the late 90s, I know what can happen with people. Can’t say I was officially Catfished because I knew the signs. Always spoke on the phone & got at least 3 pics from anybody I planned to meet (& I met quite a few). Been married 15 yrs now & I know how hard it is for people out there looking for love.

My husband and I love this show and we are retired. We met in 1995,before there was a Aol
On prodigy. We have been married 21 years. My X got Catfish, I actually felt bad for him
We love Max andNev. Those guys are the best
Please don’t cancel this show!!!!

AMEN! I am positively addicted to this show. It shows the complexity of the human condition, and runs the gamut between people who are essentially mentally stable to those who I believe are on occasion significantly mentally ill. It’s truly fascinating!