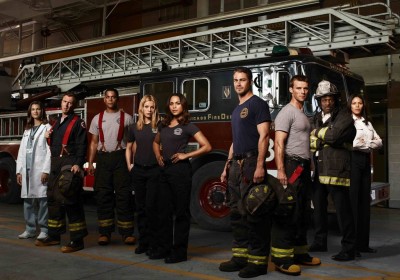 I guess society has tanked since Hill Street

you crazy firefighters are awesome unlike police officers

I really enjoy Chicago Fire!
Much better than The Glades!

I love this show. Do not cancel. Try cancelling some of those dumb reality shows, as they suck.

Chicago Fire is terrible ! Thats it theres nothing else to say really !

[…] ratings still need rescuing and they’re hoping Chicago Fire is up to the task. Will this new TV show be cancelled after one season or become Dick Wolf’s […]

This show is just so hollywood I think this show should be cancelled..

“Chicago Fire” is junk, period. The lack of even basic safety procedures, unprofessional radio chatter enroute to a scene, smoking in the firehouse and on the rigs, and the woeful dialog made me stop watching after less than 15 minutes. This show is little more than a group of sex-starved high schoolers in a firehouse. NBC should cancel this now.

As a medic myself, I feel the idea of the story line hit close to home for me. Now I would be calling out Becks Triad on scene or anything, however the show has potential. Dial down the textbook lingo and stick to the field verbiage that tv watchers can understand to make it entertaining to the Fire/Resue family as well as all that sing us praise after there time in need. As a side note, if a tv show were to show what we REALLY see in the field, do you really think anyone would watch it? I think… Read more »

Just finish watching this pathetic representative for Chicago Fire service, being a paramedic I would not want these paramedics treating me,and the fire service personnel are not much better. Either make it more what EMS and Fire people really do or this one will be added to long list of inaccurate depiction. I give one month before it is cancelled,so much potential but I do not see it improving.

[…] 10pm, NBC presented the pilot of Chicago Fire. It attracted a 1.9 rating with 6.4 million total viewers. It was last in its timeslot in both […]

Absolutely gorgeous guys. Hope it is a success. Not a good nite for tv for me but I’ll watch when I can. Production much superior to Glades and looks wise can give Jim a run for his money. Still like Jim & Callie together. IMHO they are the strength of the show.

sg
Reply to  am

If you want to make this show worth watching, make it more like the old tv series Emergency. Now thats a good show about firemen. It’s on ME tv.

[…] Chicago Fire follows the lives of the heroic firefighters, rescue squad, and paramedics of Chicago Firehouse 51. The pressure of their jobs often take a personal toll and relationships become even more heated when one of their own is lost. The cast includes Jesse Spencer, Taylor Kinney, Lauren German, Monica Raymund, Charlie Barnett, Teri Reeves, David Eigenberg and Eamonn Walker. […]