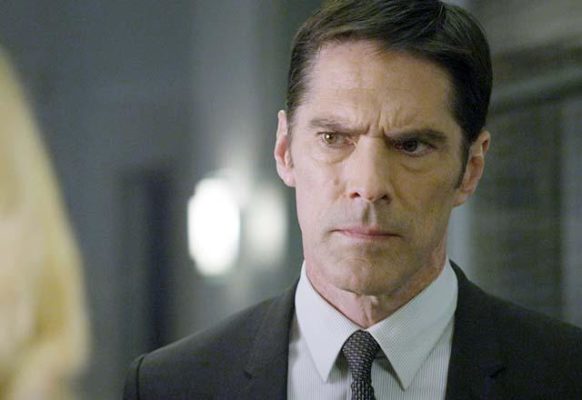 He was my least favourite character. I’ll continue watching no matter with or without him

I just can’t believe he was fired! Only 2 minor incidents in over a decade and he was terminated? I could see it if he came to the set with a firearm and start shooting up the place, but this sounds more like CBS has been looking for reasons to kill the show and jumped at a chance to mortally wound it. Criminal Minds is the only television show I’ve watched consistently for over a decade so I’ll will see if it continues to be good without Gibson – but don’t even THINK about firing my precious genius boy (Gruber?).… Read more »

No I will not watch without Gibson. He is the only reason I watched it. Aaron Hotchner is the heart and sole of the BAU. It’s like NCIS without Gibbs. Doesn’t work for me.

You need to bring Gibson back. It was stupid to fire him. There are other actors on the show that I love. But it’s not Criminal Binds without Gibson.

YES, I wasn’t his biggest fan. Anyone can be replaced.

It is one thing if an actor wants to leave and another when he is suspended and then fired, that is wrong. Will not be watching.

CBS can add as many new comers, and revolving door characters as they want, but no one can replace Thomas Gibson. He gave his all to this show, his fans and writers. What he got in return was a “don’t let the door hit you in the ass on the way out. When someone is suspended for 2 weeks you don’t turn around and fire them after. He didn’t deserve this. No Criminal Minds for me or my friends or family since the end of Season 11.

No. But then I haven’t watched since Shemar Moore left. I love the way he and Penelope were and the rest of the cast all fit. Now without Hodge, I for sure won’t be watching and I loved this show. I didn’t care when Mandy Pitkin left in such an unprofessional way, didn’t like him any way. But the rest of the cast, they are like family and to lose two so close together changes the whole show.

Yes I will still watch their are other good actors still on the show plus Adam Rodriguez is joining the show I am excited for that. Will never give up on my show no matter what. Gibson isn’t the only star of the show.

Watch Season 12 of Criminal Minds? Are you insane? It’s really not Criminal Minds without Hotch. I’m done, and I hope the majority of fans are as well. The more who don’t watch the show, the more likely it is to be cancelled. Comes back to bite the producers who made the decision in the ass.

No CM without TG. sorry guys but without Hotch it just isnt CM. I love Gube, Joe and Kirsten but Thomas was the glue. x

TO BE HONEST ALL MY FAMILY WATCH THE SERIES FOLLOWING THOMAS GIBSON,HE IS VERY TALENTED ACTOR AND WILL NOT BE A GREAT SERIES TO WATCH WITHOUT HIM ,WE HAVE NO IDEA WHAT HAPPENS BEHIND SCENES BUT THAT HAS NOTHING TO DO WITH WHAT THE VIEWERS WANT,WE REALLY WANT HIM BACK,DIRECTORS AND WRITERS SHOULD HANDLE THE INTERNAL ISSUES BETTER THAN THAT.FIRING HIM WILL NEVER BE A SOLUTION ,WILL BE A PROBLEM FOR YOUR RATINGS.

No, I will not watch the show

My family has followed Thomas Gibson’s career since the soap opera days. Thomas is not the only cast member who had questionable behavior since 2005. I don’t agree with the way it was handled. The show will suffer and it wont be Thomas’ fault. I only watched because of Thomas but enjoyed some of the cast and gag reels along with little gifts like Bernero linen trucks etc. I already miss it but will not watch it without Thomas Gibson. His whole family is beautiful and talented I will wait for whatever they decide to do next. Such an unnecessary… Read more »

I totally agree, I cannot support a show/network that clearly treated him so unfairly . #NoHotchNoWatch #WeSupportThomasGibson