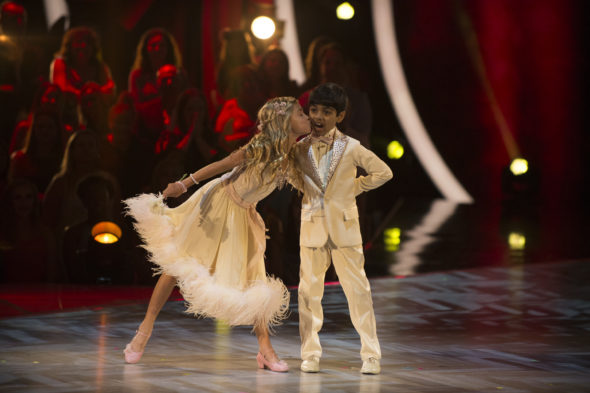 *Update: ABC has cancelled Dancing with the Stars: Juniors so there won’t be a second season.

Love it. Better than the adults DWTS. Something good for the kids to watch. So please bring it back!!!

DWTS Jr. was amazing!!! So positive and refreshing!! Loved every show!! Please please please bring it back.

Loved it and so did my granddaughter. She’s been bugging me when it’s coming on again. Please bring it back!

I LOVE the show and it really should go on for as long a the real show did! It also taught kids how to become better dancers! I enjoyed it more then the real show to be honest!

Love this show! The kids are amazing and what a good thing for them to learn to do.

I usually cant stand the kids show versions of the adult dancing & cooking shows, etc..but I love this one! While I still like the adult version, I like this even better! BIG upgrade on judges & love the hosts! (Though the adult version has great hosts too). Hope this gets renewed!