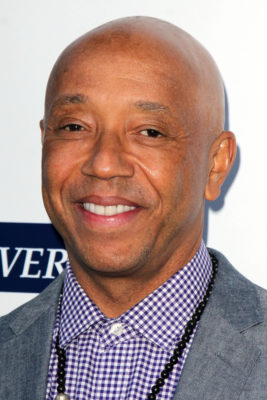 Another one bites the dust. Deadline reports Russell Simmons has been removed from the upcoming HBO TV show All Def Comedy amid allegations of sexual assault.

Simmons has had a long-standing relationship with HBO since the network first debuted his series Def Comedy Jam in 1992. Like that show, All Def Comedy features well-known and up-and-coming stand-up comedians such as Deon Cole, DeRay Davis, Gary Owen, Alex Babbitt, Jess Hilarious, and Kelly Kellz.

Because of recent sexual assault allegations, HBO has removed Simmons from All Def Comedy entirely. In a statement, the network said the show will premiere as planned tonight, December 1st, at 10 p.m. ET/PT. However, Simmons and his name will not appear in the series.

HBO will be airing All Def Comedy as planned. However, Russell Simmons will not appear in the new series and we will be removing his name from the show moving forward.  The series is a platform for promising and upcoming comedians and we do not want to deprive them of an opportunity to showcase their talents to a national audience.  We have no other projects with Russell Simmons.”

What do you think? Have you seen Simmons’ Def Comedy Jam? Will you watch All Def Comedy?