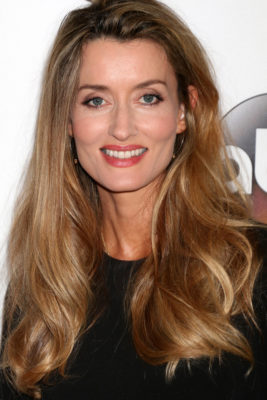 From Beau Willimon, The First “will follow the first human mission to Mars exploring the challenges of taking the first steps toward interplanetary colonization.” The cast also includes Sean Penn.

According to Deadline, McElhone will finish out season two of Designated Survivor before moving on to The First. The Hulu series is slated to debut in 2018.

What do you think? Do you watch Designated Survivor? Are you sad McElhone is leaving?

One of the most timely and better quality productions on TV. Enough of the reality crap.

Was shocked to see the end of the season finale of Designated Survivor. Natasha McElhone played a key role and will be sadly missed. Is this the beginning of the end for this series?

I hate she is leaving the show. Her character really stands out as a good first lady and one hell of a wife! She is really good at balancing her family through ALL the political crap and yet still is able to be a rock for her husband!

I hope she’s a Russian spy, in on the bombing. Her hair is ridiculous for a grown woman,who’s the First Lady.

With this news I do not see a season 3. I am also reconsidering watching season 2 now.

Darn shame! She will be missed!

I love Natascha (& that wonderful head of hair she has) & can understand her wanting a bigger part than this allows her. However she works so well in this role that it would be to much for the story premise to simply kill her off. But who could be recast that would fill the part as well? Not a great position for the writers & producers to find themselves having to deal with so quickly into this season.

I don’t want to see her killed off, but I hate it when a different actor/actress plays the same character.

Wonder if her role will be recast. Pretty major character to loose.

Yeah, I’m hoping for a recast. We don’t want the show to be about him grieving if they were to kill her off. Which isn’t a bad thing, just might take away from the show.

Who knows maybe “First” will fail. The re-cast isn’t that good, and she would come back. 🙂