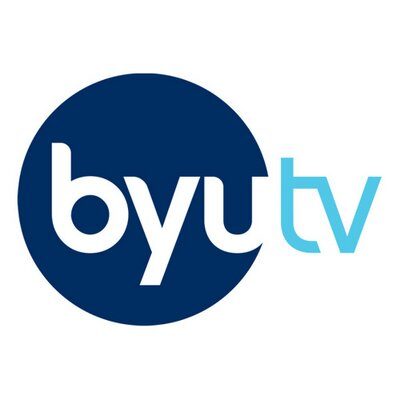 It’s a good day for BYUtv. The network just announced they’ve renewed Dinner Takes All and Battle of the Ages for a second season.

Dinner Takes All “is a family cooking competition show hosted by celebrity chef Kelsey Nixon (Food Network, Cooking Channel) and judged by “The Queen of Country Southern Cuisine,” Kardea Brown, and “The Yum Yum Foodie,” Eddie Zamora, all of whom are returning for season 2.”

Meanwhile, Battle of the Ages ” is a game show that “pits two multi-generational family teams against each other in mental and physical challenges.”

You can read more info from BYUtv below:

PROVO, Utah, April 16, 2019 — Family entertainment television network BYUtv today announced it has ordered second seasons of the family cooking competition show “Dinner Takes All” and the multi-generational family game show “Battle of the Ages” to air this fall. Both series premiered in March 2019 and are currently airing their first seasons.

“In partnership with the seasoned creators of such favorites as ‘Chopped’ and ‘Fear Factor,’ BYUtv will bring back two reality series that are truly unique in the television landscape,” said Michael Dunn, managing director of BYUtv. “‘Dinner Takes All’ is both a cooking show and a family game show, and the goal of ‘Battle of the Ages’ is to bring every generation of a family together. Both series have been audience favorites since their premieres, and we’re pleased to produce more episodes for our viewers in the fall.”

“Dinner Takes All” is a family cooking competition show hosted by celebrity chef Kelsey Nixon (Food Network, Cooking Channel) and judged by “The Queen of Country Southern Cuisine,” Kardea Brown, and “The Yum Yum Foodie,” Eddie Zamora, all of whom are returning for season 2. In each episode, two teams of five family members go head-to-head to cook their “best Sunday dinner.” Each team uses family recipes to create an entrée, three side dishes and a dessert while simultaneously playing interactive food-centric games for bonus points. Winning families receive a $10,000 cash prize. “Dinner Takes All” is from Keller/Noll (“Chopped,” “Chopped Junior”) and BYUtv.

The comedic game show “Battle of the Ages” pits two multi-generational family teams against each other in mental and physical challenges. With the opportunity to pick a competitor from the opposing team and test their knowledge on a specific era, this game show will get families talking and laughing while they learn more about each other. “Battle of the Ages” is from Bill’s Market & Television Productions (“Ellen’s Game of Games,” “Fear Factor”) and BYUtv.

BYUtv’s original programming slate also includes “Dwight in Shining Armor,” an adventure comedy in which the Middle Ages meets Middle America; the long-running sketch comedy series “Studio C,” which touts nearly two billion views on YouTube; “Relative Race,” the first family-history based competitive reality show that follows four teams as they meet relatives linked by DNA for the first time in a race throughout the United States; and “Random Acts,” an unscripted hidden-camera reality show that highlights the altruistic nature of human beings by featuring real people who are the recipients of random acts of kindness. BYUtv is available across the country via cable, satellite and multiple digital media platforms.”

What do you think? Have you seen Dinner Takes All and/or Battle of the Ages? Will you watch season two?