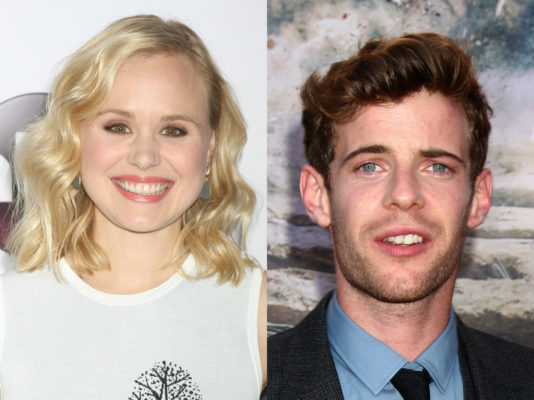 CBS All Access has not yet announced a premiere date for their new Star Trek series, but you can read more info below:

Alison Pill just completed season one of the upcoming FX series “DEVS” from Alex Garland, and can be seen in the Oscar-nominated film “Vice.” Most recently, Pill starred on Broadway in the Tony-nominated production of “Three Tall Women.” Pill’s film credits include “Miss Sloane,” “Hail Caesar!,” “Snowpiercer,” “Goon,” “Scott Pilgrim,” “Milk,” “Dan in Real Life,” “Dear Wendy” and “Pieces of April.” Pill’s television work includes Ryan Murphy’s “American Horror Story: Cult,” “The Family,” the acclaimed Aaron Sorkin series “The Newsroom,” “In Treatment,” “The Book of Daniel” and “Life with Judy Garland: Me and My Shadows.” On stage, Pill starred opposite Ben Stiller in “House of Blue Leaves,” with Edie Falco in “This Wide Night” and Abigail Breslin in Broadway’s revival of “The Miracle Worker.” Her other theater credits include “Wait Until Dark,” “Reasons to be Pretty,” “Mauritius” and “Blackbird,” for which she received Lucille Lortel, Outer Critics Circle and The Drama League award nominations. She was nominated for a Tony Award for her Broadway debut in “The Lieutenant of Inishmore” and for a Lucille Lortel Award for “On the Mountain.” She won the Drama Desk Award for Outstanding Ensemble in the U.S. premiere of “The Distance from Here.”

Harry Treadaway recently finished filming season four of the Sony Pictures Television for Netflix series “The Crown.” Before that, he starred opposite Brendan Gleeson in David E. Kelley’s series, “Mr. Mercedes” for two seasons. On the big screen, Harry can be seen in Nash Edgerton’s film “Gringo,” opposite Joel Edgerton, Charlize Theron and David Oyelowo. Previous notable credits include three seasons on the SHOWTIME series “Penny Dreadful” and the Disney feature “The Lone Ranger.”

Actor and singer Isa Briones just wrapped the First National Touring Company of “Hamilton.” Briones’ most recent credits include FX’s “American Crime Story: Versace” and “Next to Normal” (East West Players), for which she won an L.A. Ovation Award.

The new untitled “Star Trek” series features Sir Patrick Stewart reprising his iconic role as Jean-Luc Picard, which he played for seven seasons on “Star Trek: Next Generation.” The new series will follow this iconic character in the next chapter of his life and will air exclusively on CBS All Access in the United States and will be distributed concurrently internationally by CBS Studios International.