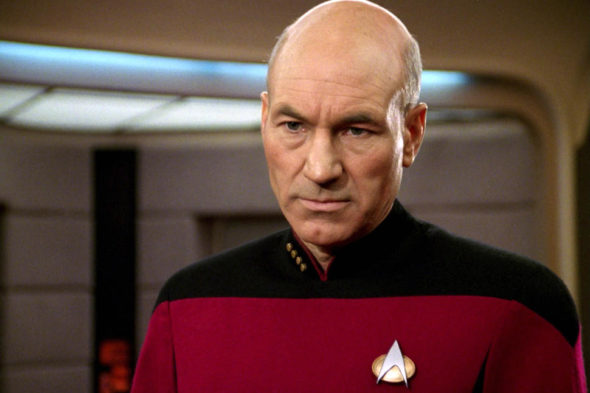 What’s Captain Picard been up to all these years? Recently, executive producer Alex Kurtzman spoke with The Hollywood Reporter about CBS All Access’ new Star Trek series.

A follow-up to Star Trek: The Next Generation, the TV show will see the return of Patrick Stewart as Captain Jean-Luc Picard and explore the next chapter of his life.

In the interview, Kurtzman revealed the new CBS All Access series will be set after the destruction of the Romulan Empire:

Picard’s life was radically altered by the dissolution of the Romulan Empire.”

And how did Stewart agree to return as Captain Picard? Kurtzman said it took a really amazing idea:

He threw down an amazing gauntlet and said, ‘If we do this, I want it to be so different, I want it to be both what people remember but also not what they’re expecting at all, otherwise why do it?'”

The Picard series, untitled as of now, is expected to debut in late 2019.

What do you think? Are you a big fan of Star Trek? Will you watch the Captain Picard series?

Yes I would watch. Up for anything
G Star Trek.

I’m all in on anything that stars Stewart, and especially as Picard. Finest character in the Star Trek universe, and perhaps the finest character since Alan Alda was Hawkeye.