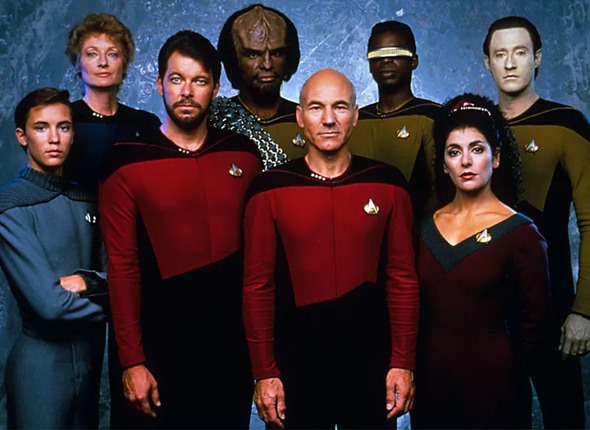 Could Star Trek fans ever see Patrick Stewart take on Jean-Luc Picard again? Never say never. At least, according to the actor.

In an interview with Variety, Stewart was asked about returning to the world of Star Trek in Star Trek: The Next Generation. He said the following:

“Oh, lord. I cannot think of another instance in which that might happen. My feeling is I hung up the space suit and left all that behind a long time ago. Maybe if someone came up with a brilliant idea, I’d do it. One thing that might interest me would be to bring all the existing casts of Star Trek from the last 50 years together for one big story.”

Do you want to see more Star Trek: The Next Generation? Tell us what you think.

One could hope…..would love that, “Make it so!”, but as Mr. Stewart said, not likely. And, we’d be missing terribly a few past actors…..

Count me in. If writers and talent are up to it, and polling indicates sufficient interest, please proceed! I suggest polling because ever since our politics became divisive it seems viewing audience has done the same. Thanks Patrick.

It is over for TOS, Next Gen, Voyager and DS9. Sorry too much time has passed now. Is it possible to bring some of the cast back? Yes under special circumstances. Sisko of course, he has been with the prophets. Odo? Yes I think so as well.