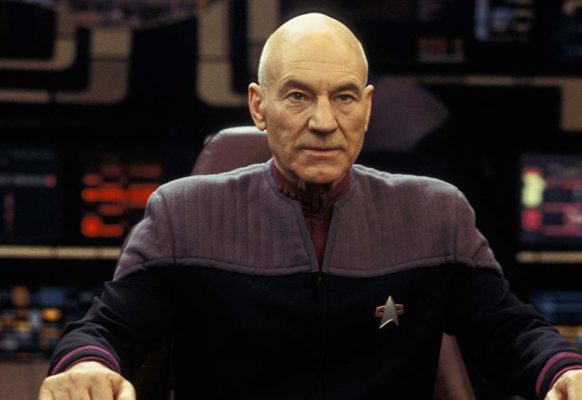 What’s in store for Patrick Stewart’s new Star Trek series? Recently, the Next Generation star spoke with Yahoo about the upcoming CBS All Access TV show.

A follow-up to Star Trek: The Next Generation, the spin-off series will see the return of Patrick Stewart as Captain Jean-Luc Picard and explore the next chapter of his life.

In the interview, Stewart revealed the new Star Trek series will not be set in the present day but it will find Jean-Luc Picard in a different place:

And what we have coming up is exciting. It’s exciting for me because it excites me as an actor. Oh, the story is great. And – I could be so careful what I say or they’ll skin me alive if I say the wrong things. But it has – it references the present day at times, and that’s all I can say, really. I’m not saying we are in the present day. We’re not. But the world that we find Jean-Luc Picard in is not quite the world that we left him in.”

Stewart also added the CBS All Access show will be serialized and feels like a “10-hour movie.”

What do you think? Are you a big Star Trek fan? Are you excited for the new Picard series?

I love Patrick Stewart! I’ll watch anything he’s in!!! Thank you for doing a show he can be in! Love Star Trek, too!