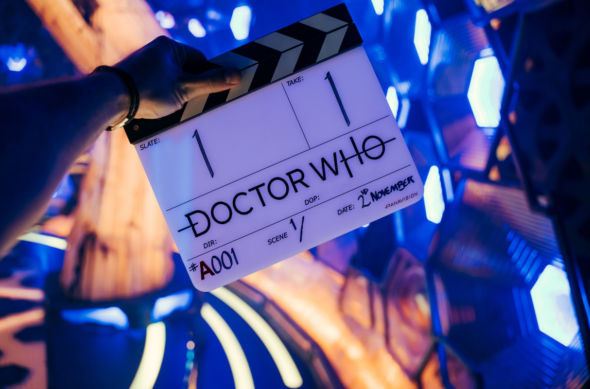 Doctor Who has its next Time Lord. Ncuti Gatwa will take over operating the Tardis when the sci-fi series returns for season 14 on BBC and BBC America. Gatwa is best known for his role on Netflix’s Sex Education series. Viewers will have one more outing with Jodie Whitaker on Doctor Who this fall.

BBC America revealed more about the selection in a press release.

The BBC has today announced Ncuti Gatwa is the new Doctor set to take charge of the TARDIS.

Star of stage and screen Ncuti is best known for his critically acclaimed performance in Sex Education as the iconic Eric Effiong, for which he was awarded Best Actor Award at the Scottish BAFTAs in 2020 as well as numerous nominations, including Best Male Performance in a comedy programme at this year’s BAFTAs.

Speaking of his new role, Ncuti says: “There aren’t quite the words to describe how I’m feeling. A mix of deeply honoured, beyond excited and of course a little bit scared. This role and show means so much to so many around the world, including myself, and each one of my incredibly talented predecessors has handled that unique responsibility and privilege with the utmost care. I will endeavour my utmost to do the same.

Russell T Davies is almost as iconic as the Doctor himself and being able to work with him is a dream come true. His writing is dynamic, exciting, incredibly intelligent and fizzing with danger. An actor’s metaphorical playground. The entire team has been so welcoming and truly give their hearts to the show. And so as much as it’s daunting, I’m aware I’m joining a really supportive family. Unlike the Doctor, I may only have one heart but I am giving it all to this show.”

Russell T Davies, Showrunner, adds: “The future is here and it’s Ncuti! Sometimes talent walks through the door and it’s so bright and bold and brilliant, I just stand back in awe and thank my lucky stars. Ncuti dazzled us, seized hold of the Doctor and owned those TARDIS keys in seconds. It’s an honour to work with him, and a hoot, I can’t wait to get started. I’m sure you’re dying to know more, but we’re rationing ourselves for now, with the wonderful Jodie’s epic finale yet to come. But I promise you, 2023 will be spectacular!”

Charlotte Moore, Chief Content Officer, says:”Ncuti has an incredible dynamism, he’s a striking and fearless young actor whose talent and energy will set the world alight and take Doctor Who on extraordinary adventures under Russell T Davies’ new era.”

Check out the announcement for the new Doctor below.

The future is here! Ncuti Gatwa is the Doctor.

What do you think? Are you excited to see Gatwa in season 14 of Doctor Who?

Hey KGB Censor…You think you are a big non gender badass. You’re just a punk with a GOD complex. Maybe someday you’ll understand what a fool you are but, I doubt it. Good luck snowflake. you’ll need it!

Is ever going to end? It such a great show need give it up did fantastic job last 59 years old on PBS channel classic was the best childhood memories. Look forward to seeing it every night pure golden age. It’s trash tv show terrible acting worst ever new generation sucks .

Is this really Joe Biden? I can no longer restrain myself. I have read numerous posts from you. I have yet to fully understand any. I respect your right to an opinion and to comment. However, I suggest you have someone review your comments prior to posting. In that way, people may truly comprehend the opinion you are attempting to express.

There were only supposed to be 12 regenerations. I’m sure they have a fake reason why there can suddenly be a thirteenth. Just change a 66 year old rule for entertainment/money’s sake.

Actually, the Timeless Child was not a bad story line. You shouldn’t dismiss it so easily.