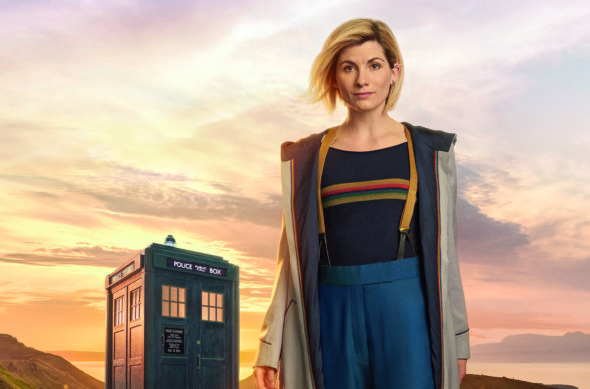 Doctor Who is getting ready for its new season, and it was announced on Wednesday that the season 12 premiere will feature two big names. Stephen Fry and Sir Lenny Henry CBE will appear in the episode.

The new season features the return of Jodie Whitaker as the 13th doctor. Tosin Cole, Mandip Gill and Bradley Walsh are all returning for their second season as well.

A date for the return of Doctor Who was not revealed yet, but the series will return in early 2020.

BBC America revealed more about the appearances of Stephen Fry and Sir Lenny Henry CBE in a press release. Check that out below.

“As the TARDIS hurtles through space back to BBC AMERICA, two British TV legends will be joining the Doctor and her friends in their Doctor Who debuts.

TV icons Stephen Fry (The Hitchhiker’s Guide to the Galaxy, A Bit of Fry and Laurie) and Sir Lenny Henry CBE (Broadchurch, Harry Potter and the Prisoner of Azkaban) will both appear in the season opener when the TARDIS lands once more, with Jodie Whittaker reprising her role as the Thirteenth Doctor. Armed with a wealth of acting, comedy and writing credentials, both are more than equipped to come face-to-face with the Time Lord and her friends, but whether they are friends or foes remains to be seen.

Speaking ahead of his Doctor Who appearance, Stephen Fry said, “Short of being picked for a British space exploration program, and I readily concede that I’m past the age where I’d be considered (if I was ever the right age for such a posting), then being in an episode of Doctor Who will certainly do as a very sweet second-place excitement.”

Sir Lenny Henry CBE added, “It was absolutely brilliant to be welcomed into the fantastical world of Doctor Who. The nearest I have been to the TARDIS was when I played the Caribbean Doctor in the Lenny Henry Show, so as a life-long (hiding behind the sofa type) Doctor Who fan, this is a very special moment for me.”

Series Showrunner Chris Chibnall said, “Doctor Who is coming back with a bang – with two great British icons in major roles. One of the great joys of Doctor Who is getting to work with actors from your wish list. Stephen and Lenny are two of my absolute favorite actors – and to be able to bring them into Doctor Who, in one of our biggest ever stories to kick off the new season, is an absolute thrill.”

What do you think? Are you excited to see these two actors appear on Doctor Who? Will you watch season 12 when it premieres?

One of the greatest Sci-Fi shows in TV history. Mind blowing plots. Fantastic villains. Some superb Doctors. Some merely tolerable. Died last year on the altar of PC. What the Daleks, The Cyberman, The Silence etc. couldn’t do…the Cancel Culture successfully accomplished. RIP Doctor Who. Your wit, charm & presence is sorely missed.