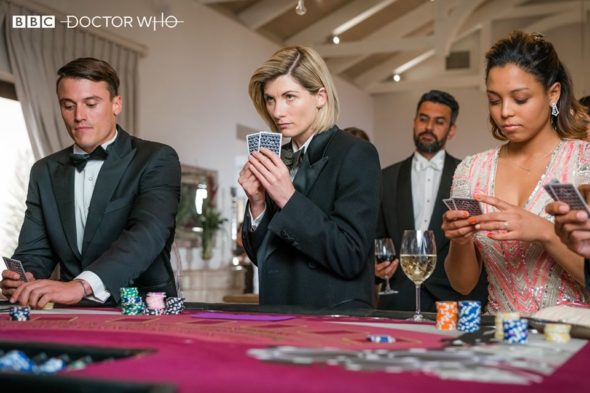 Where will the TARDIS and The Doctor go in the 12th season of the Doctor Who TV show on BBC America? As we all know, the Nielsen ratings typically play a big role in determining whether a TV show like Doctor Who is cancelled or renewed for season 13. Unfortunately, most of us do not live in Nielsen households. Because many viewers feel frustration when their viewing habits and opinions aren’t considered, we invite you to rate all of the 12th season episodes of Doctor Who here. *Status Update Below.

What do you think? Which season 12 episodes of the Doctor Who TV series do you rate as wonderful, terrible, or somewhere between? Do you think that Doctor Who should be cancelled or renewed for a 13th season on BBC America? Don’t forget to vote, and share your thoughts, below.

Terrible just terrible they have ruined a once great show

Doctor Who is now unwatchable. They have ruined the classic. PC run amok. Horrible writing. Destroyed continuity. Have had many a great female character in the past. Jody is not one of them. Better to scrap the whole thing and start over. Hope I live long enough to see it reborn as the great show it was!

I had high hopes for a female Doctor but have been very disappointed with the story lines. Every episode feels like a finger-wagging lecture on society ills rather than the creative adventures I have loved in the past. It seems the writers don’t have good resolution ideas so they have copied from Star Trek and given the current Doctor Who the Vulcan mind meld ability to bring on a conclusion. I am sorely unimpressed and rapidly losing interest.

Even though doctor who is starting out better than last series the story was too dark more like a torchwood episode or matrix type sci fi. The companions have no depth or backstory and no real connection to the doctor. Everything is rushed and the doctor waves her sonic around like a magic wand instead of using her intelligence. I love doctor who but I thinks it’s time for the show to leave the airwaves and go back on hiatus again. Maybe in 10 years time the show can come back fresh like it did in 2005.