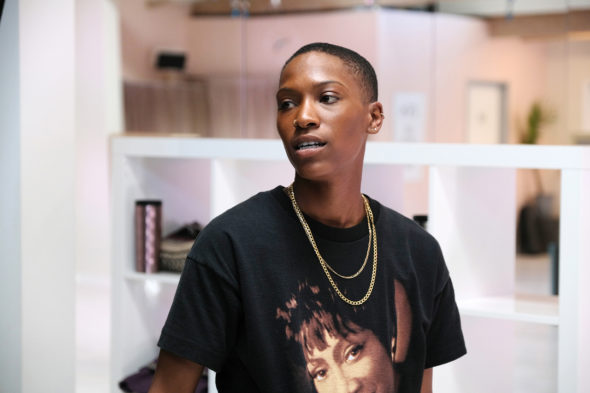 Do you remember your twenties? Are you living them right now? No matter! Get ready to see how Lena Waithe dealt with her twenties in the new BET drama titled simply Twenties. The new series is set to premiere on the cable network later this week. Waithe created the series, and she wrote the series when she was in her twenties.

BET revealed the following about the new series:

“Twenties, from Executive Produer and Creator Lena Waithe, centers around a screenwriter, HATTIE and her girlfriends MARIE and NIA as they pursue their dreams and love, while testing the limits of “diversity, equity, and inclusion” in Los Angeles. After finding herself homeless and down on her luck, Hattie is fortunately introduced to Ida B., a powerful writer and producer who finds a soft spot for Hattie, giving her the opportunity to work on Ida B.’s show, Cocoa’s Butter,as an assistant. New to Hollywood and stumbling from relationship to relationship, Hattie searches to find her voice as a writer and the right girl. Marie and her husband Chuck take in Hattie after she get’s evicted, but that proves to be only one shake up in their seemingly perfect relationship. At work, Marie is pitted against the only other Black film executive for a promotion. Once a successful child performer, Nia is now a spirited yoga instructor who decides to get back into acting. While they live separate lives, the girls lean on each other for guidance as they navigate their twenties.”

Twenties will premiere on Wednesday, March 4 at 10pm. Check out a promo for the series from the BET Twitter below.

What do you think? Will you watch this new drama?

Ready to live your twenties through the eyes of @LenaWaithe? ❤️ this tweet for a reminder to watch the premiere of #TwentiesOnBET March 4 10/9c! pic.twitter.com/mcg4EoUL9K

I watched all 8 episodes, and I loved it. It is modern but the premise is true for all generations. I am 64 and Hattie shows all the irreverent outspokenness and “I know” attitude I had in my 20’s. So well written and substantive. I love this show and hope it continues. Wished it was a Netflix originals for larger and diverse audiences will see it.

Watched the first episode but sadly, it was just so forgettable.