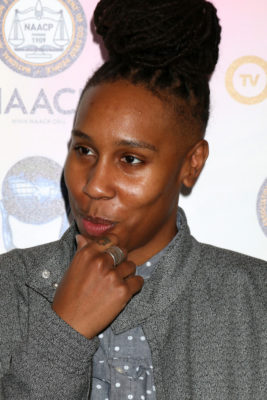 The comedy series “follows the adventures of a queer black girl, Hattie, and her two straight best friends, Marie and Nia, who spend most of their days talking ‘ish’ and chasing their dreams.”

BET has not yet announced a premiere date for Twenties, but you can read more info below:

NEW YORK, NY – April 15, 2019 – On the heels of the second season pick up of critically- acclaimed BOOMERANG series BET Networks announces continued partnership with Lena Waithe as it green lights her single-camera comedy series “Twenties.” Created and written by Waithe when she was in her early 20s the eight-episode half-hour series, follows the adventures of a queer black girl, Hattie, and her two straight best friends, Marie and Nia, who spend most of their days talking ‘ish’ and chasing their dreams. “Twenties” is a scripted show about friendship, finding love, and messing everything up along the way.

“BET Networks is thrilled to partner once again with the creative visionary Lena Waithe on both BOOMERANG and TWENTIES as she is without a doubt a leading relevant voice of our generation and a disruptor in her own right,” said Connie Orlando, head of Programming, BET Networks. “BET is committed to the elevation of inclusive and authentic storytelling that viewers continue to expect from the brand.”

“TWENTIES has been a project I’ve been dreaming about for as long as I can remember. I think a lot of people were interested, but didn’t see the vision. I’m so grateful Scott Mills and Connie Orlando did. I couldn’t be more excited to deepen my relationship with BET. I know audiences have been waiting a long time for this one,” said Waithe.

“I’m deeply grateful to Lena Waithe for dragging me out of the crypt to run her groundbreaking series about women of color who are as intelligent as they are funny, as ambitious and driven as they are confused. It is exhilarating to be back in television, at BET at a moment of unprecedented multicultural inclusion in the entertainment industry,” said Fales-Hill.

“TWENTIES” is Executive Produced by Lena Waithe, Susan Fales-Hill who will also serve as co-showrunner,Rishi Rajani and Andrew Coles.”

What do you think? Are you a fan of Lena Waithe’s work? Will you check out Twenties?

im not comfortable having the tv on while ppl visit me. because of those commercials showing sexual intercourse in various positions its not fit for tv and the commercials are offensive filled clearly with sexual intercourse on tv it shouldn’t be anywhere on tv it needs to be pay per view poronography becuase thats what it shows. everyone including children watching those commercials are vulgar and vile. if i could get my tv channels without that one i would cancel it over the offensive smutty commercials so the actual show must be nothing but filthy and it shows women being… Read more »