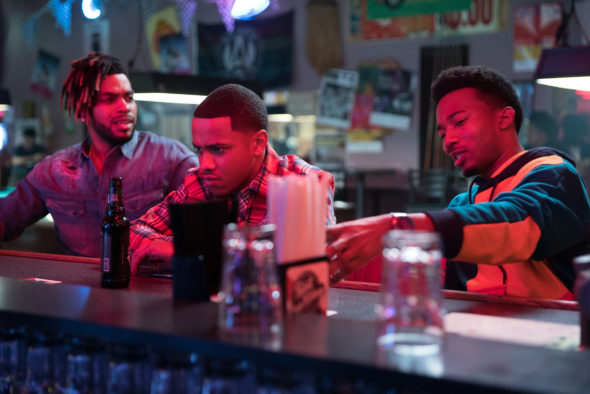 Can Simone and Bryson fufill their dreams in the second season of the Boomerang TV show on BET? As we all know, the Nielsen ratings typically play a big role in determining whether a TV show like Boomerang is cancelled or renewed for season three. Unfortunately, most of us do not live in Nielsen households. Because many viewers feel frustration when their viewing habits and opinions aren’t considered, we invite you to rate all of the second season episodes of Boomerang here.

A BET serialized comedy series, Boomerang stars Tetona Jackson, Tequan Richmond, Leland Martin, Lala Milan, RJ Walker, Brittany Inge, Paula Newsome, Joey Bada$$, and Dreezy. From executive producers Halle Berry and Lena Waithe, the TV series is a sequel to the 1992 romantic comedy feature film of the same name, starring Eddie Murphy as Marcus Graham, Robin Givens as Jacqueline Broyer, and Berry as Angela Davis. The comedy follows Jacqueline’s son, Bryson (Richmond), and Marcus and Angela’s daughter, Simone (Jackson), as they try to forge a path outside the shadows their parents have cast and make their own way in the world.

What do you think? Which season two episodes of the Boomerang TV series do you rate as wonderful, terrible, or somewhere between? Do you think that Boomerang should be cancelled or renewed for a third season on BET? Don’t forget to vote, and share your thoughts, below.